Home › Red Alert › RINGLING BROS. TO PHASE OUT ELEPHANTS BY MAY

RINGLING BROS. TO PHASE OUT ELEPHANTS BY MAY

The Ringling Bros. and Barnum and Bailey Circus will be retiring its touring elephants by May and ending all elephant acts a year and a half early. The parent company, Feld Entertainment, is reported to have felt the pressure of cities and counties that have passed anti-circus and anti-elephant ordinances. And fighting these ordinances is very costly, so it made more sense to phase out the elephants. Hooray! 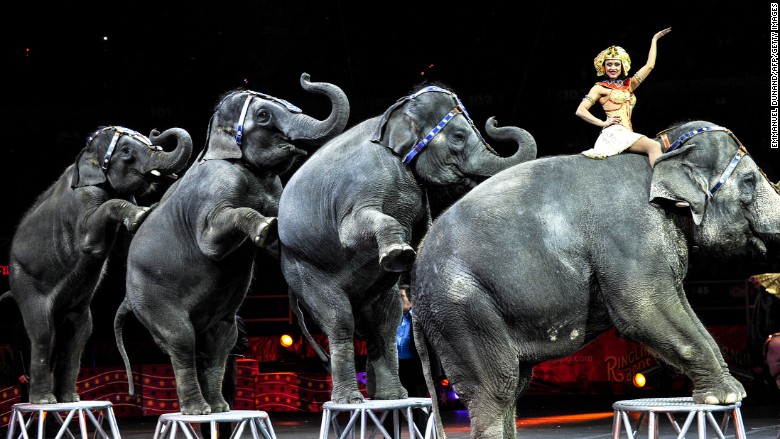 Instead, the elephants will be retired to a 200 acre Center for Elephant Conservation sanctuary that FE owns in Florida. The cost of caring for an elephants is about $65,000, and there are already 29 on their property, with more to come after their retirement.

“Ringling had been one of the biggest defenders of this kind of archaic animal exploitation, and the imminent end of its traveling elephant acts signaled that even one of the most tough-minded and hardened animal-use companies now recognized that the world is changing and it had to adapt.” said Wayne Pacelle, President and CEO of the Humane Society of the United States.

What do you think about Ringling retiring their elephants early?