It’s impossible to imagine that someone would advocate to legalize rape. But there is such a loser in this world and his name is Roosh V. And he was planning a publicized “meet up” for likeminded men this month in Toronto to discuss and praise the legalization of rape of private property and to defend his misogynistic ways. That is until an all female boxing club threatened to show up! 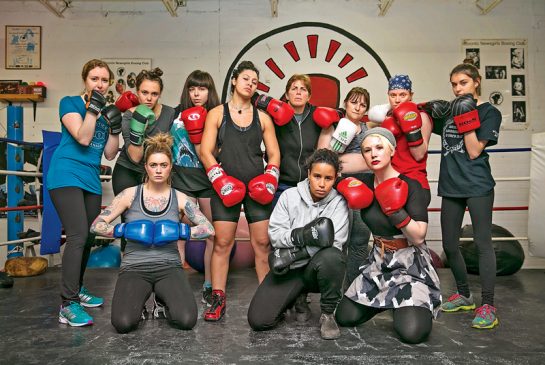 Meet my new favorite fiercest women on the planet-The Toronto Newsgirls. And they aren’t putting up with Roosh’s crap. “Pictures will show up online of women wearing boxing gloves, and blah, blah, blah,” Howe said. “The photos of us will show women that being powerful is an option. And I think that’s what needs to happen against this d*****bag.”

These empowered ladies plan to find the now secret location (due to all of the negative attention) in Toronto where these morons are planning to meet up, boxing gloves blazing. Even though Roosh has said that he planned to take pictures of any female protestors so his followers could “tear them up” afterwards.

And Canadian government officials are not happy about this. Ottawa Mayor Jim Watson tweeted, “@ReturnofKings Your pro-rape, misogynistic, homophobic garbage is not welcome in Ottawa #its2016 #TurnAwayReturnOfKings.” Edmonton Mayor Don Iveson shared, “Not acceptable in #Edmonton. Nor, I suspect, anywhere in this country in this day and age. #TurnAwayReturnOfKings.”

Can you believe the nerve of this guy? What do you think? Comment below!