Infidelity, murder, and racoons, with some vodka throw in for good measure. Those were the running themes from my Monday night (though not exactly in that order!), which I spent at the Hollywood premiere of The Details, along with the films stars, Tobey Maguire, Kerry Washington, and Dennis Haysbert. 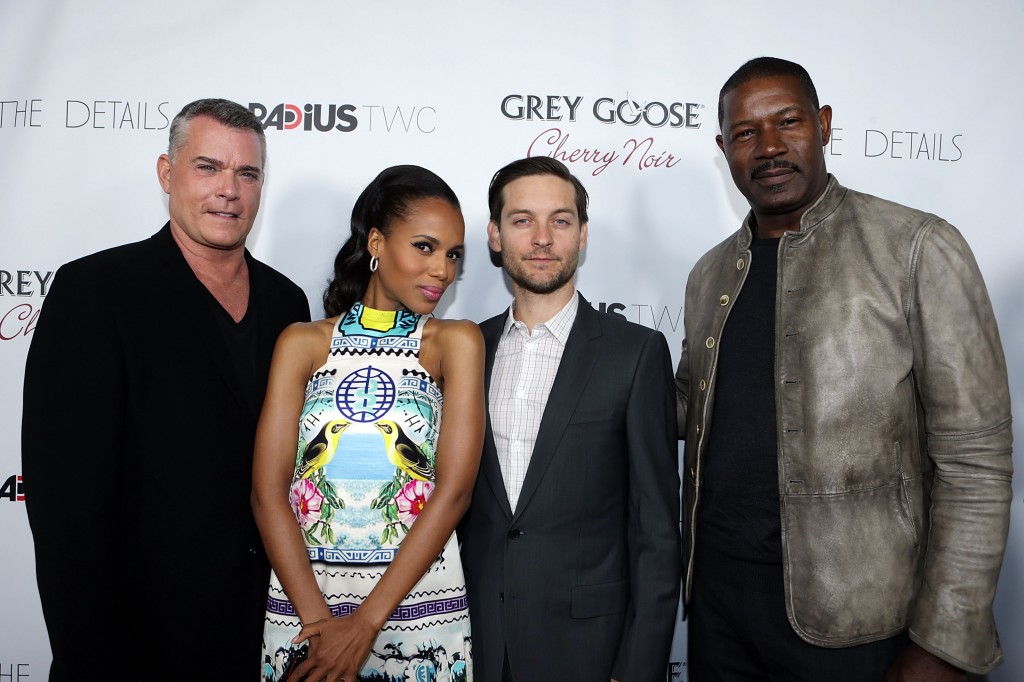 The dark comedy/drama is pretty entertaining and centers of the life of Jeff (Maguire) and Nealy (Elizabeth Banks) who are terrorized by a family of racoons who continually tear up their backyard. In an effort to rid himself of his these animals, Jeff gets entangled in a web of lies, which leads to infidelity and even murder. Washington plays Rebecca, an old but sexy med school buddy of Jeff’s, and Haysbert (Lincoln) serves as Jeff’s best friend who pushes the boundaries of true friendship. 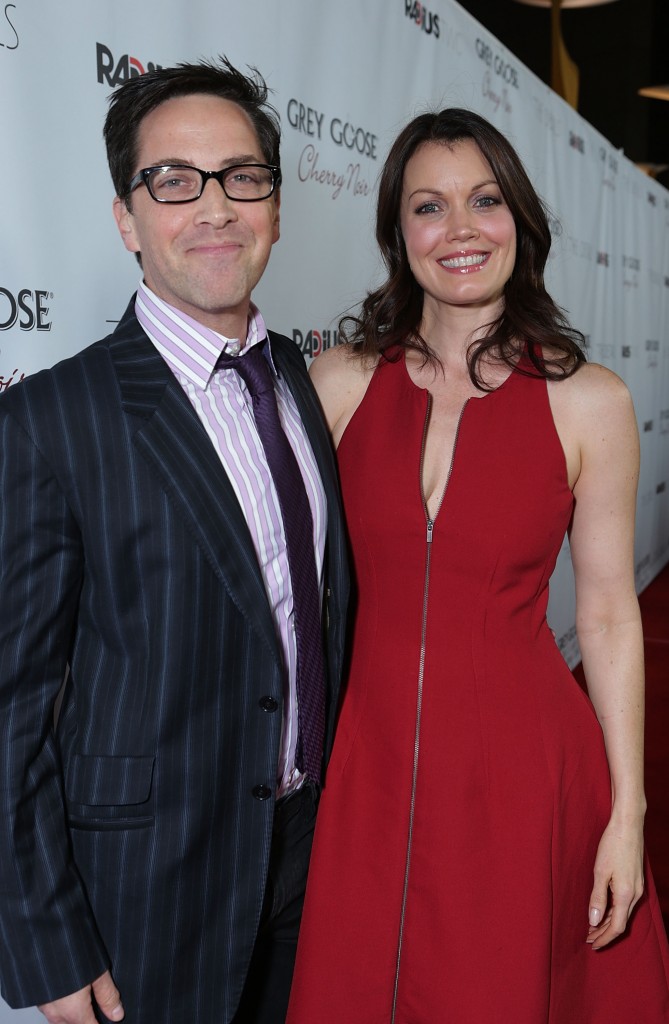 I spoke with Tobey on the red carpet about working with his bestie, Leonardo DiCaprio, on The Great Gatsby.

Kerry filled me in on live tweeting fans during Scandal episodes, and Dennis revealed the new movie project he is producing and starring in called, Omaha Street.

I also caught up with Kerry’s Scandal co-stars, Bellamy Young and Dan Bucatinsky, who couldn’t say enough good things about their fellow cast mate and even told me a funny KW story from the set, after a late night of shooting.

Post movie, we headed on over to Eden for the after party. As I sipped my delish GREY GOOSE Cherry Noir Cherry Moon cocktail, I passed by Maya Rudolph who was doing the same as she was rocking an on-trend top knot with her blazer and jeans. P.S. You must try the Cherry Moon cocktail recipe below using GREY GOOSE-it is so good! While at the screening, Sarah Chalke grabbed popcorn and soda before the show started, and Ray Liotta, who also stars in the film, posed for pictures with fans. The Details is currently available on VOD and in theaters on November 2nd.

1. Fill glass slightly above the rim with cubed ice.

2. Pour ingredients in order listed to 1/2 inch from the top of the glass and stir.

3. Add soda straw and garnish with a cherry.

2 Pings/Trackbacks for "VIDEO: TOBEY MAGUIRE AND KERRY WASHINGTON DISH AT THE DETAILS PREMIERE"