Did everyone catch Best Actor winner Joaquin Phoenix’s Oscars  acceptance speech? Never one to hide his deep convictions, he very much had animals on his mind as he accepted his award. He also took on the highly-profitable dairy industry. 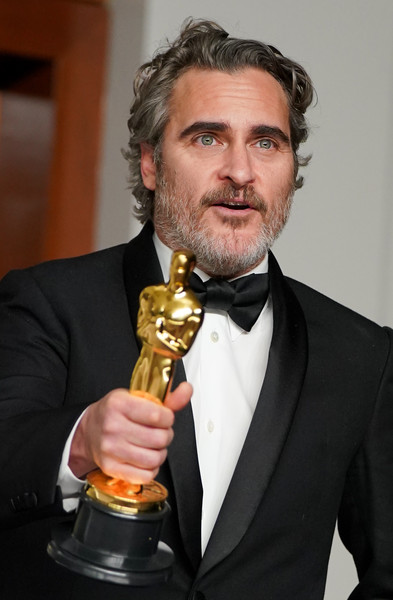 “I think we’ve become very disconnected from the natural world,” he said. “We feel entitled to artificially inseminate a cow and when she gives birth we steal her baby, even though her cries of anguish are unmistakable. And then we take her milk that’s intended for the calf and we put it in our coffee and cereal. We fear the idea of personal change, because we think we need to sacrifice something; to give something up. But human beings at our best are so creative and inventive, and we can create, develop, and implement systems of change that are beneficial to all sentient beings and the environment.”

Phoenix has been a vegan since age 3, and managed to convince the Golden Globes to serve vegan food only days before the ceremony. The Critics Choice Awards, the Screen Actors Guild Awards, and the BAFTAS all followed suit. The Oscars Nominees Luncheon was also vegan, and the Governors Ball was mostly plant-based (70% of the food).

What do you think of Joaquin’s dedication to saving animals? No doubt, his speech encouraged some people to think about what they eat, as well as how it affects the environment. You can watch his full Oscars acceptance speech here.