PRINCE HARRY IS COMING TO AMERICA!

Get excited, ladies, because Prince Harry is coming to America this week! 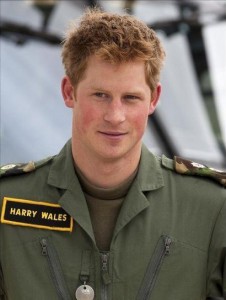 Why, you ask? Because my fave royal ginge needs to complete helicopter training in El Centro (90 miles east of San Diego) and in Southern Arizona for his military certification. He will be in the States for eight weeks. But don’t expect any parades or any formal welcoming festivities. “We are treating him like any other O3 [junior-grade officer],” Kristopher Haugh, spokesman at the El Centro facility has said. However, it isn’t unheard of for these pilots in training to hit up Vegas in their downtime. So don’t be surprised if you see pictures of the Prince partying up in Sin City. We all know he likes to have a good time!