ANGELINA JOLIE TO PRESENT AT THE ACADEMY AWARDS

Academy Award®-winning actress Angelina Jolie will present at the 84th Academy Awards ceremony, telecast producers Brian Grazer and Don Mischer announced today. She joins Halle Berry, Tom Hanks, Jennifer Lopez, and the cast of Bridesmaids who will all be presenting. 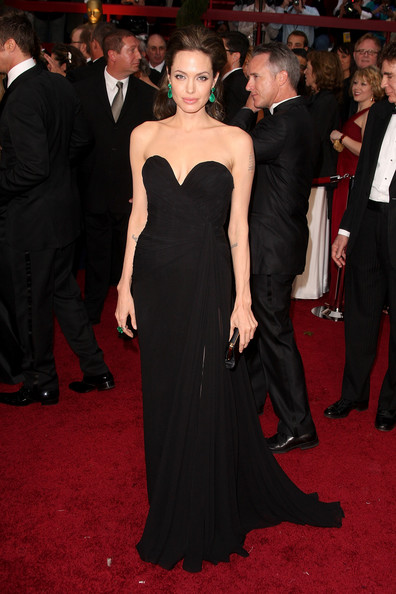 In 1999 Jolie took home the Oscar for Best Supporting Actress for her performance in Girl, Interrupted, and she received a nomination in 2008 for her lead performance in Changeling. Jolie recently made her writing and directing debut with the film In the Land of Blood and Honey. She will be seen next in Maleficent. Jolie’s other film credits include Kung Fu Panda 2, The Tourist, Salt, Wanted, A Mighty Heart, Mr. and Mrs. Smith, Taking Lives, and The Bone Collector.

Academy Awards for outstanding film achievements of 2011 will be presented on Sunday, February 26, at the Kodak Theatre at Hollywood & Highland Center®, and televised live by the ABC Television Network. The Oscar presentation also will be televised live in more than 225 countries worldwide. I wonder what her gown will look like? Any guesses?