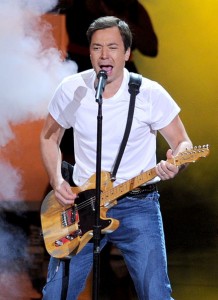 Host Jimmy Fallon rocked the 2010 Emmy Awards last night. He kept the evening fun and fresh. And the opening segment parodying Glee was hilarious! Betty White as a hip hop dance instructor to Jon Hamm killed me! Fallon is super talented on the guitar too which came in handy for his rendition of “Born to Run” by Springsteen, and his outfit was all Bruce-white T-shirt, bandanna, Levi’s-perfect. 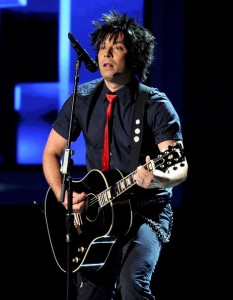 And he sprinkled his guitar musings throughout the night, even dueting for 10 seconds with Kim Kardashian when introducing the Reality TV category. But the best was when he captured the essence of Elton John singing “Candle in the Wind” followed by a spot on impersonation of Billy Joe Armstrong from Green Day during the fallen show tribute to Lost. So funny!

And here are the winners of the 2010 Emmy Awards: 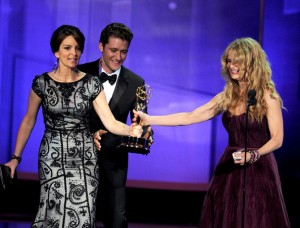 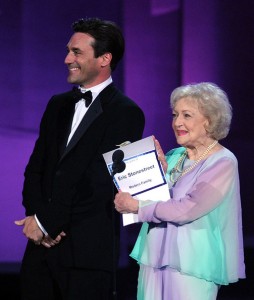 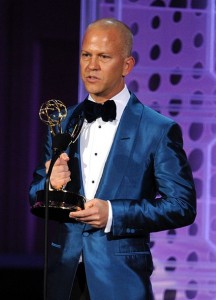 Ryan Murphy, in Tom Ford, accepting his award for Directing in a Comedy Series for Glee image: kevin winter/getty 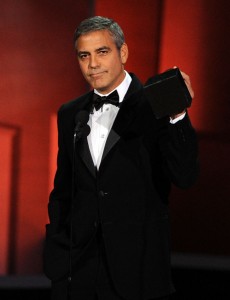 And for those of you who didn’t see the opening number, here it is: