What does crisp and mostly sunny fall weather, a glamorous red carpet screening, delicious food and first-class travel all have in common? That pretty much sums up my amazing trip to London as Virgin Atlantic’s Red Hot Reporter at the BFI London Film Festival. It was such a blast, and so many fun moments! 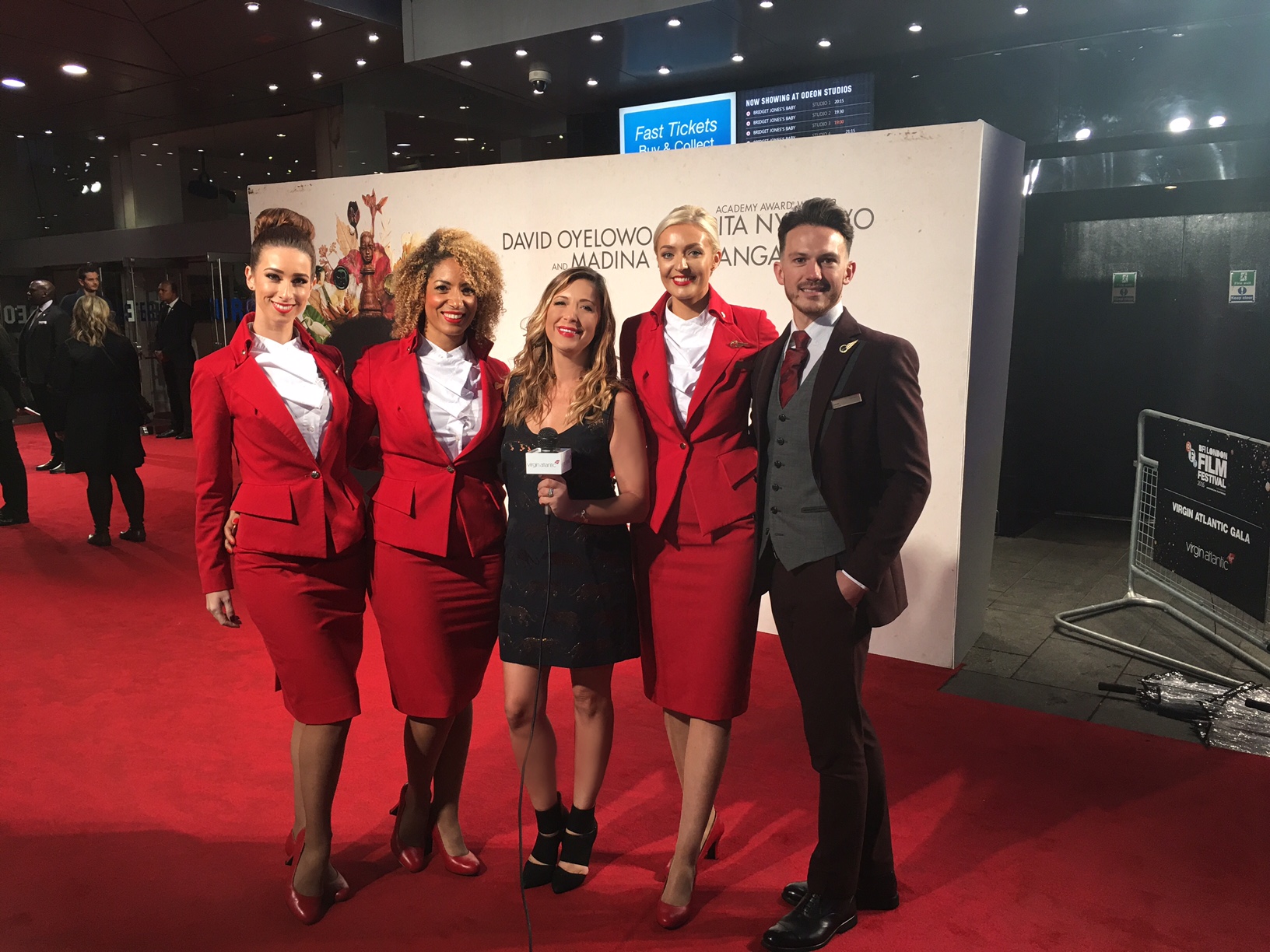 My outbound travel day started out with a driver picking me up and taking me to the newly opened, as of April 2015, Virgin Atlantic LAX Clubhouse. I was greeted with a flute of champagne (a running theme here!) and yummy nibbles such as a mushroom burger, crispy kale salad, and goat cheese flatbread from Hinoki and The Bird. 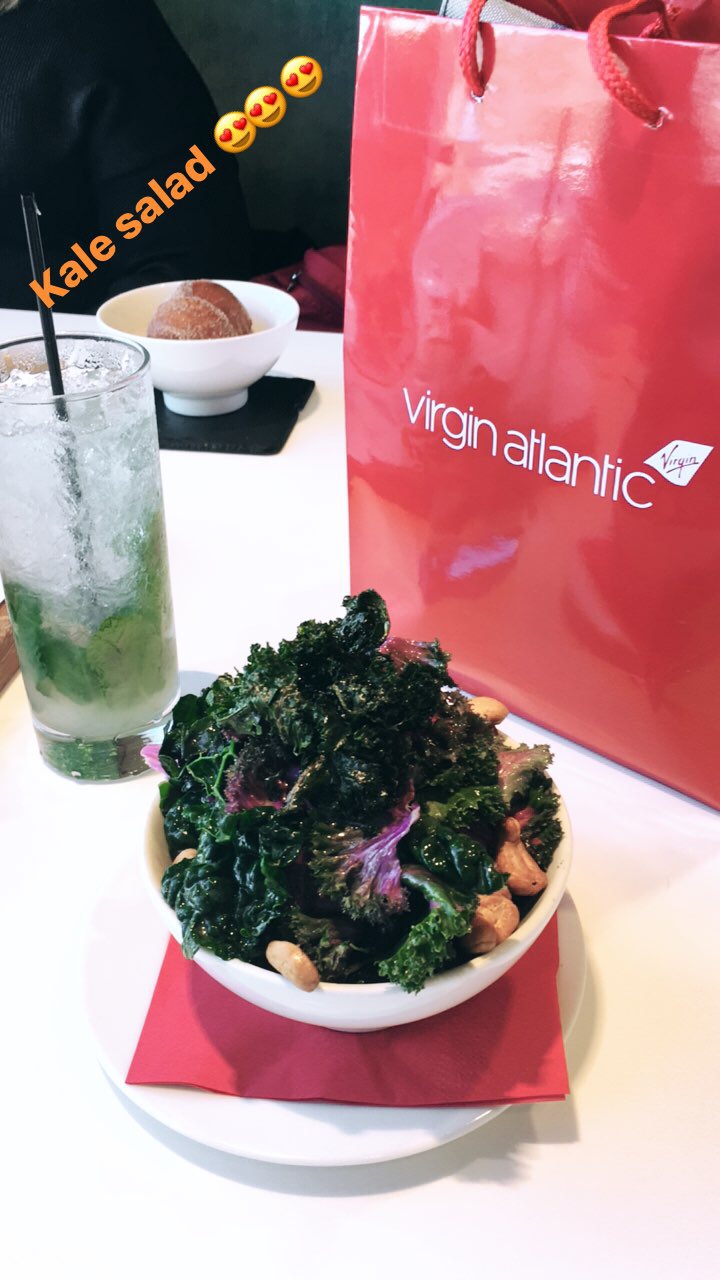 Dying for this crispy kale salad!

The courteous waiter triple-checked my food allergies with the chef, which I really appreciated. And what’s great is the fact that VA sources local and high-end restaurants for their clubhouses. I also got a chance to see the art installations by UK artist Vic Lee and California-based artist Diana Reichenbach. Then onto the plane I went! 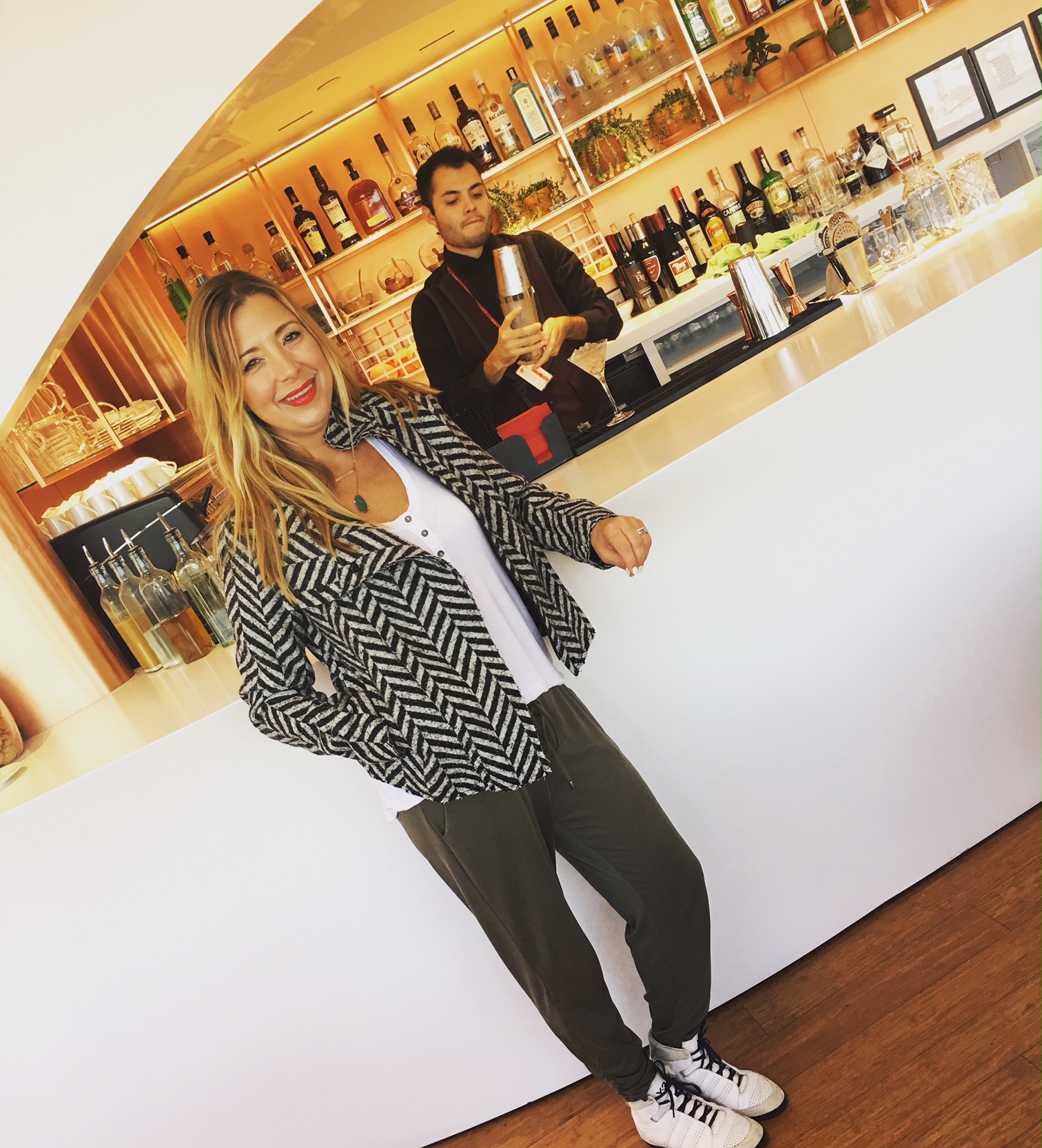 Getting my cocktail on at the Virgin Atlantic LAX Clubhouse 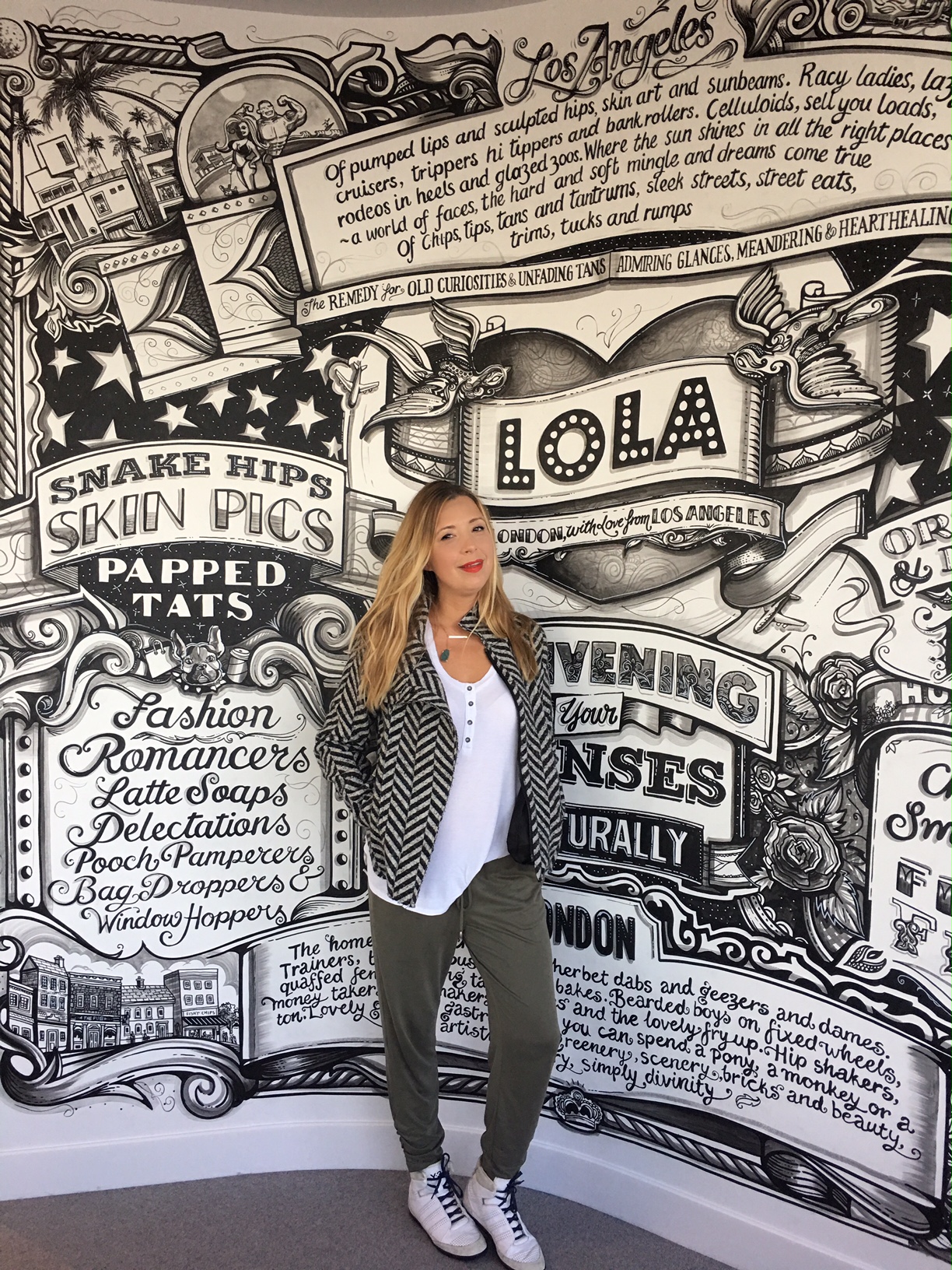 When I entered the Upper Class cabin to find my fully flat bed, I was thrilled! There is nothing like getting real zzz’s on a Trans-Atlantic flight. Tucked right behind my headrest was a fluffy pillow and duvet ready for my use. I was also given an overnight pouch with face cream, lip balm and a two piece sleep suit! I settled in with a another glass of bubbly served from the on-board bar and got ready for take off. 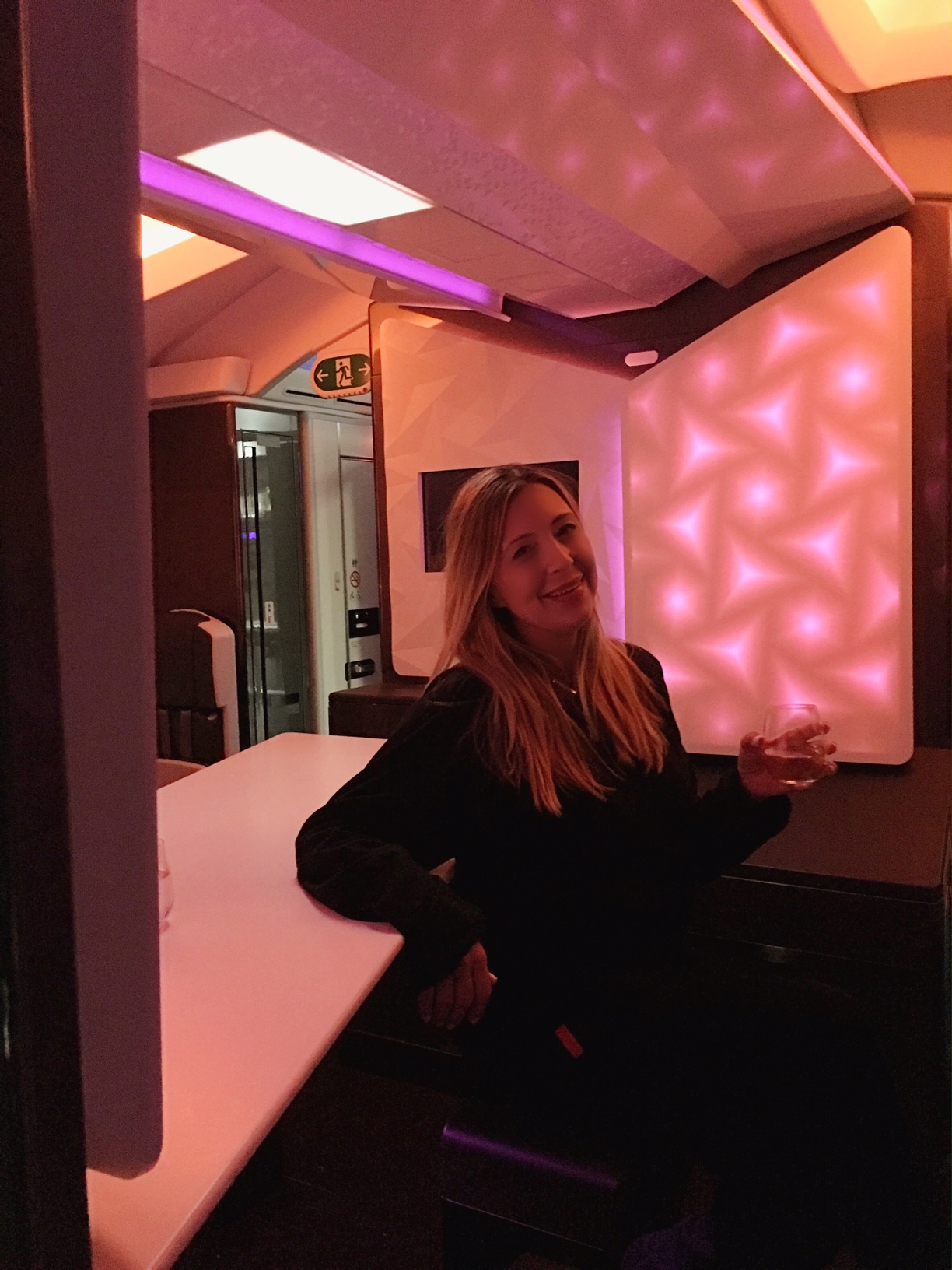 Not long after we departed, dinner was served. Now, we all know that airplane food can be less than savory. And the fact that I have food allergies only adds to the fun. But I was pleasantly surprised when the air hostess already knew about my dietary restrictions and presented me with an arugula and citrus salad, roast chicken with ratatouille, and a fruit plate paired with a Spanish albarino wine. Easily one of the most palatable meals I have ever eaten on a flight. 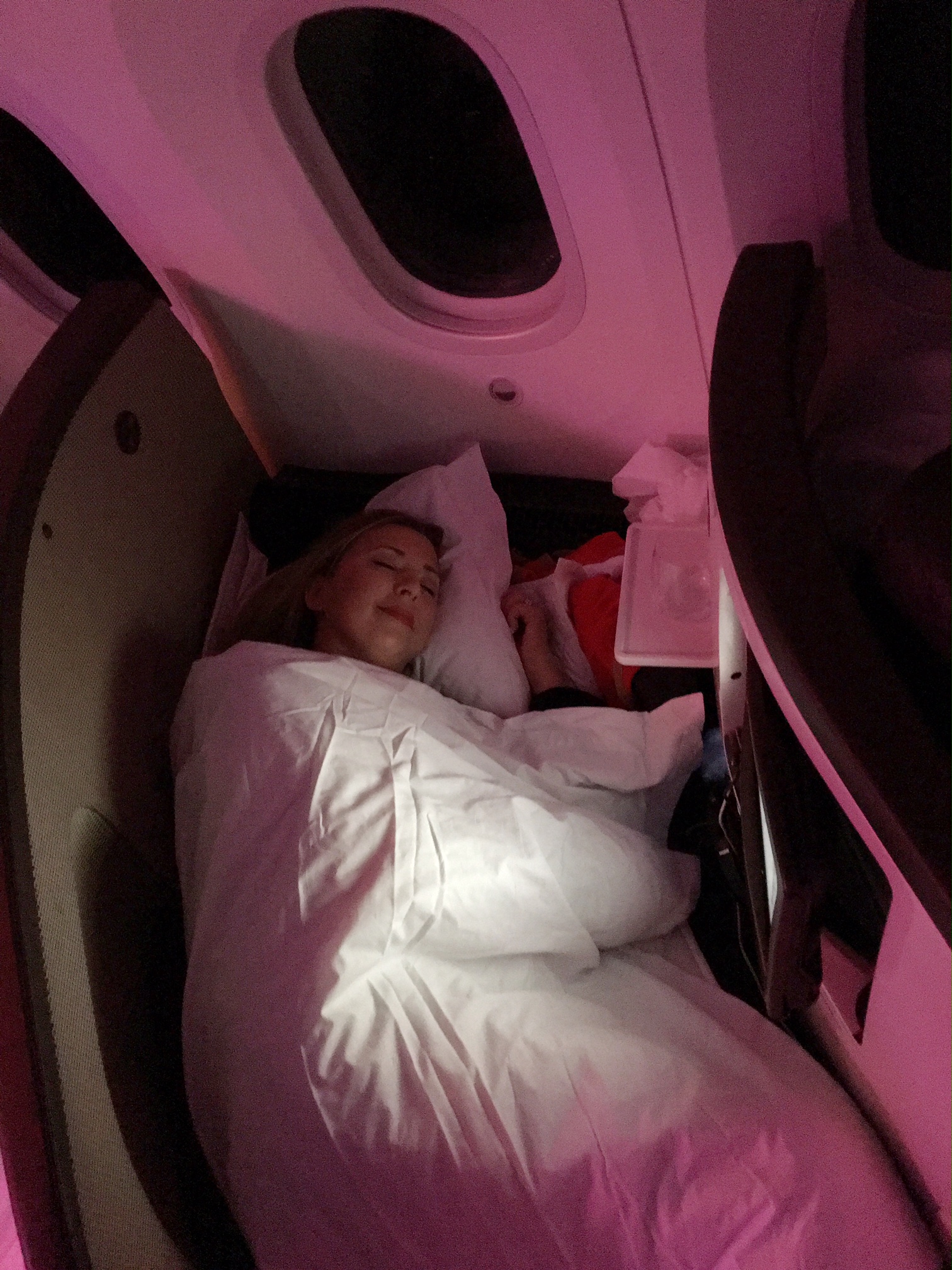 Catching some zzz’s on my lay flat bed

Post-dins, I was tired. So I ventured to the bar for one last night cap where I started chatted with another flight attendant about what to do in London. Apparently, these employees are trained to know the ins and outs of each gateway city, which was helpful to me as I had not been to London in a good six or seven years. After a glass of French Chardonnay, and an impromptu photo shoot (I am a blogger after all!), it was time for bed. And I laid down to sleep and next thing I knew, the pilot was announcing our final descent. 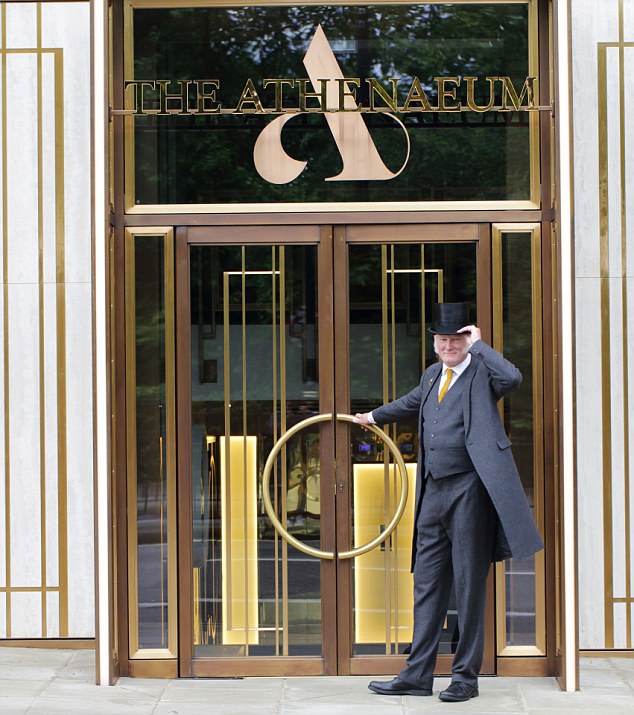 In front of The Athaenaeum with the British doorman

After going through customs, I was picked up by my driver, courtesy of Virgin Atlantic, and we made our way to my home for the next few days, The Athanaeum Hotel, a five star property in the heart of bustling Mayfair. The location was perfect as it is right in the middle of some of the best shopping the city has to offer, only one stop on the Underground from Harrod’s. And so I think you know where I went! 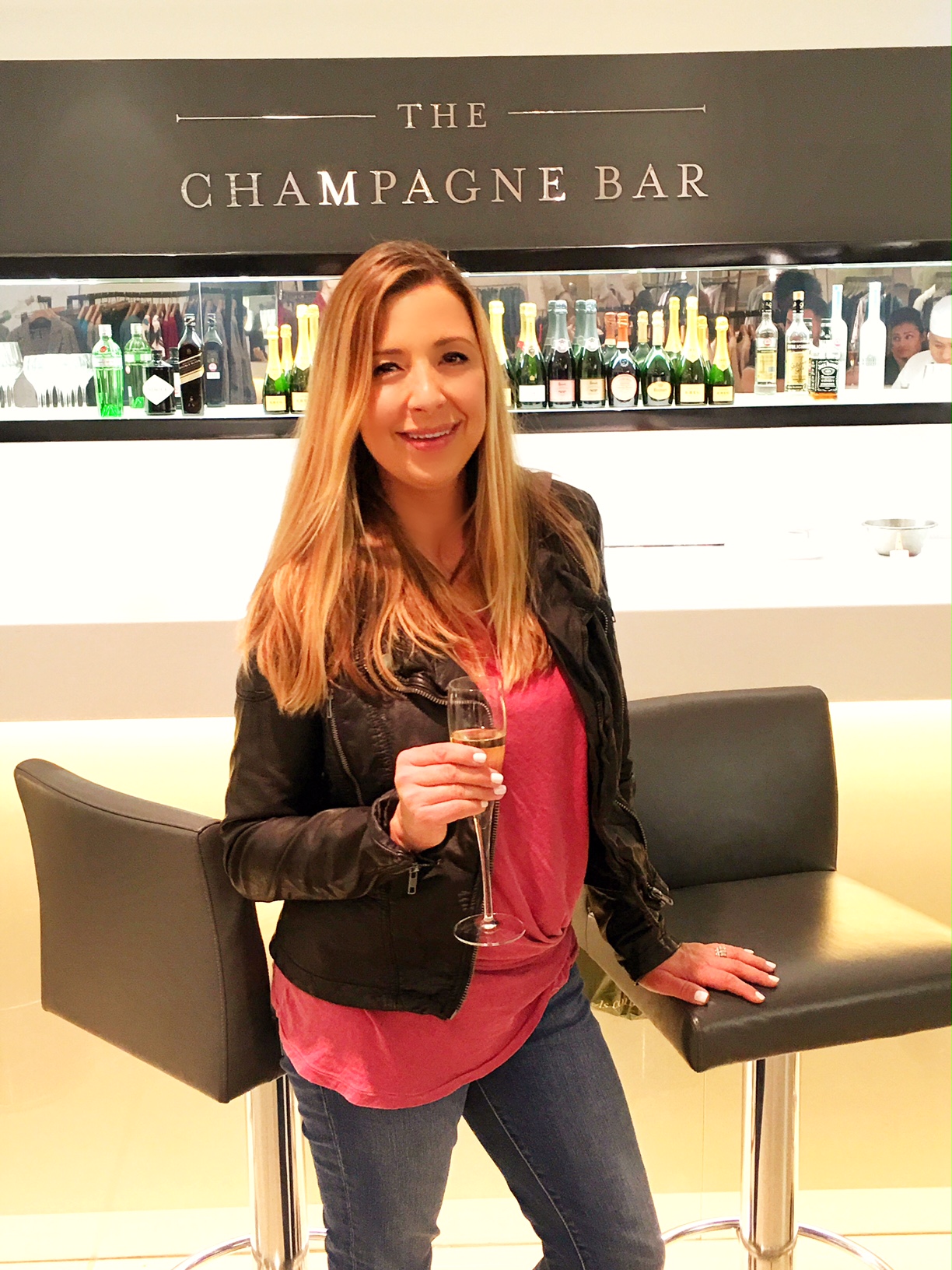 Enjoying a sip of bubbly at the Harrod’s Champagne bar

And before I knew it, it was time to head back to the hotel to get ready for dinner at the Mews of Mayfair. This converted mews house was so incredibly quaint and dated back to the 18th Century. Our press group dined in the historical La Cave, a wine room, that has served guests such as Madonna, John Cusack and Sam Smith. 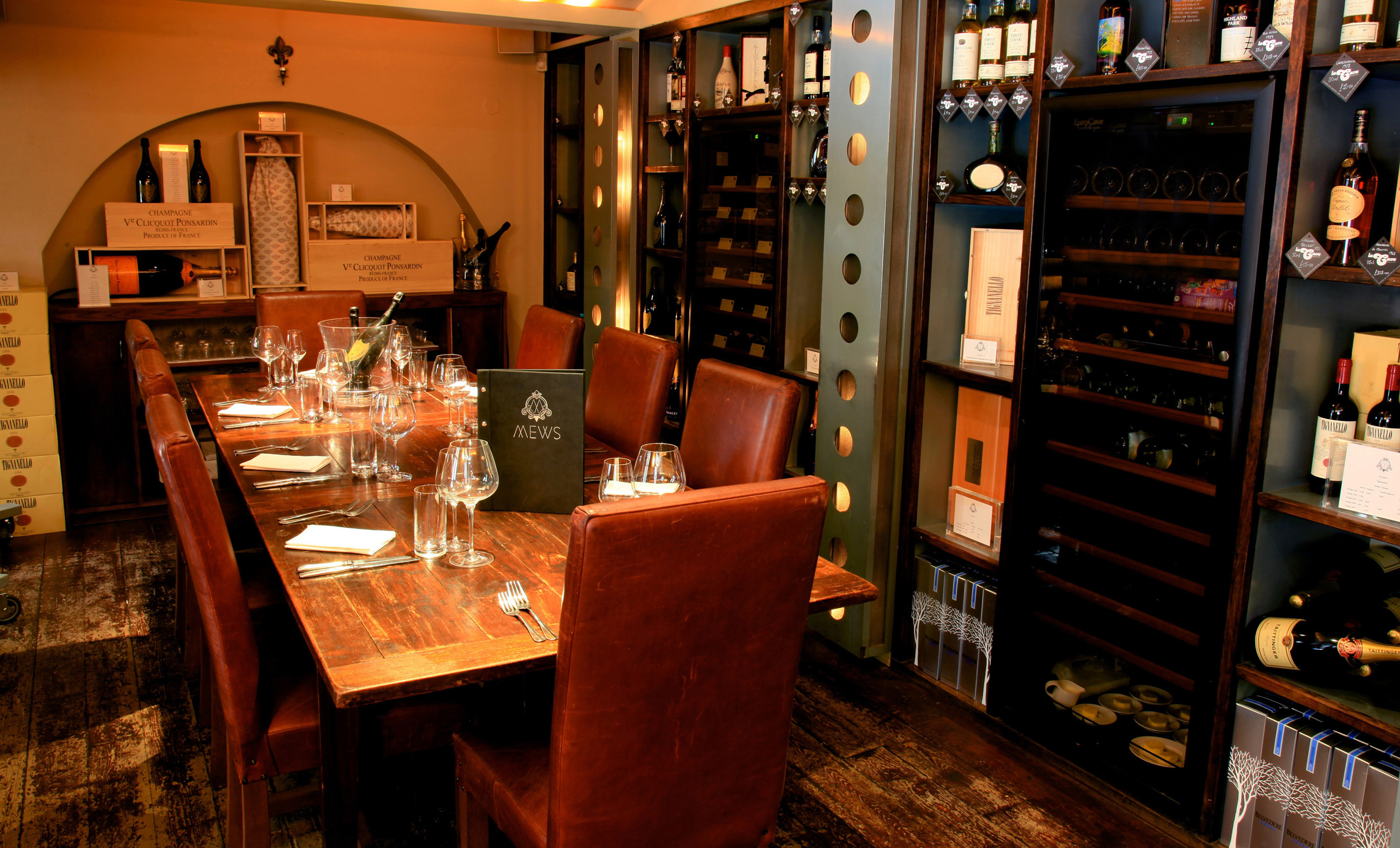 And the food was on-point. My first course was a superfood salad with a lemon vinaigrette, then I devoured the next course of moules frites, followed by a trio of sorbet (pineapple, mango and strawberry). And each course was paired with the wines of our choosing. The perfect way to start my culinary voyage of this remarkable city. Then it was back to the hotel for some beauty sleep. 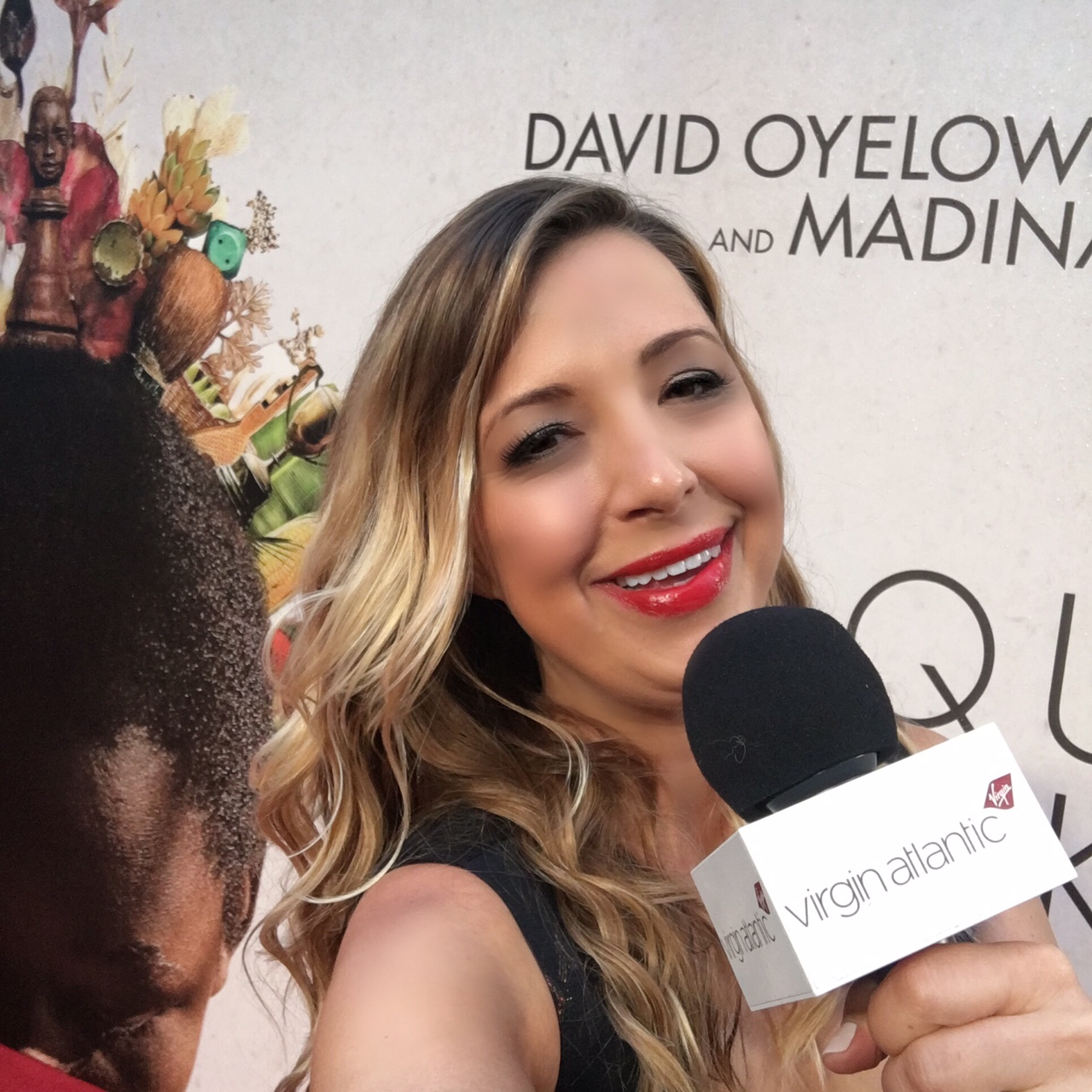 Which brings us to Sunday, aka, premiere day! I was excited to get my prep started with hair + makeup before I headed to the red carpet to interview the cast of Queen of Katwe! 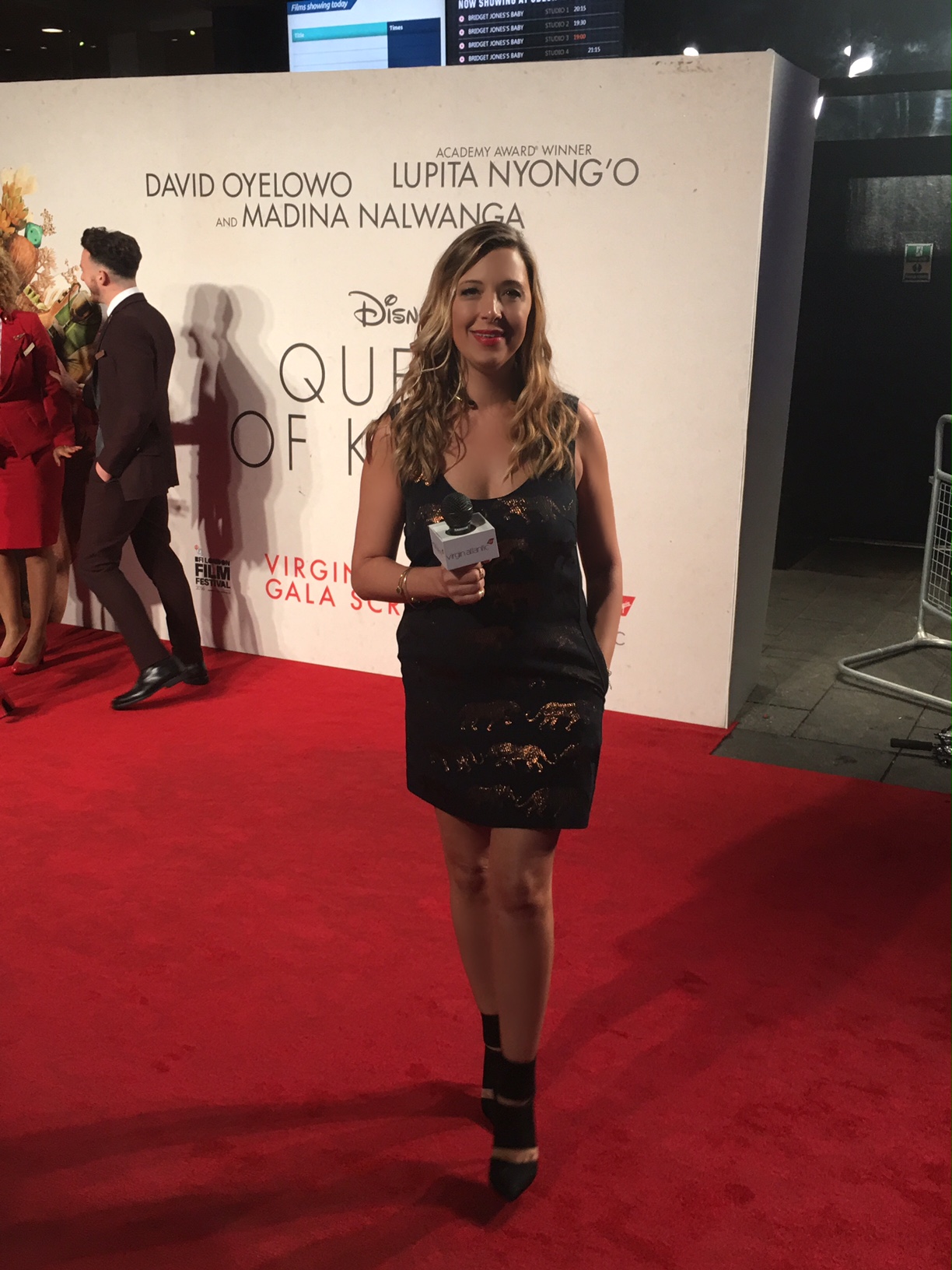 Strangely enough, it didn’t rain during the entire trip, except for the hour before the red carpet was about to start! But then, as soon as the talent started coming down the press line, the rain stopped. And the show went on! 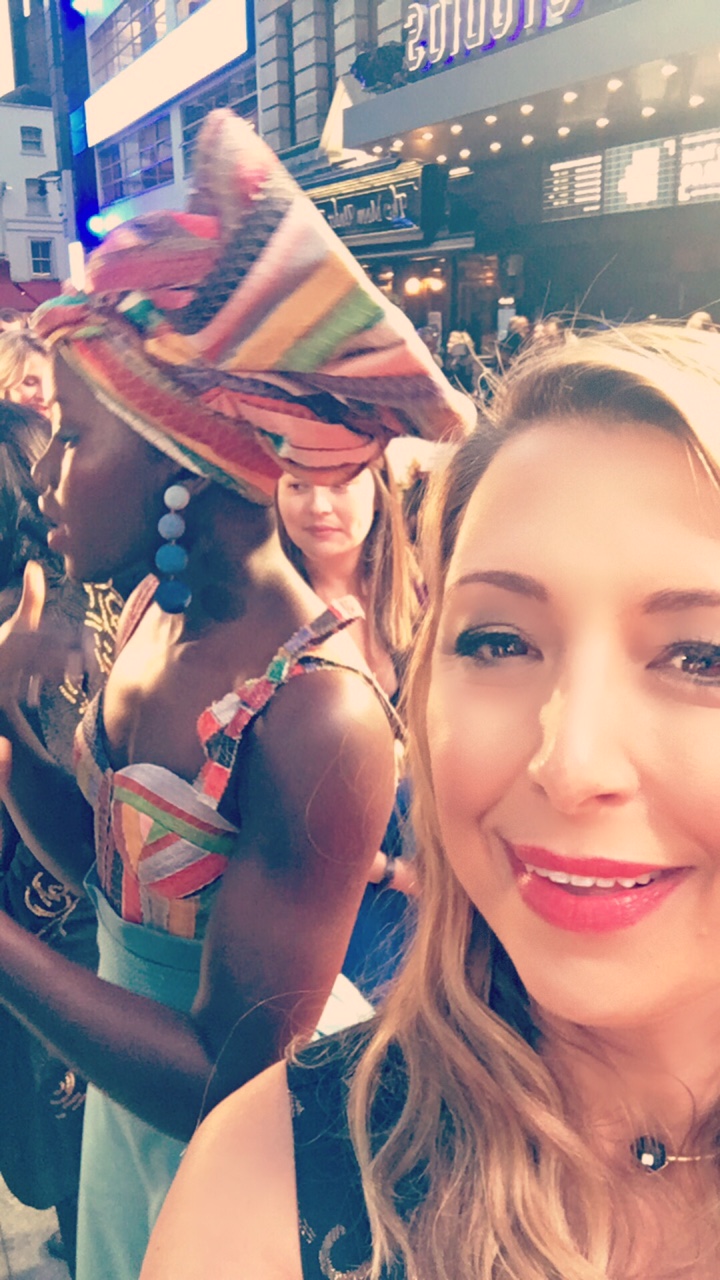 I chatted with the gorgeous Lupita Nyong’o, David Oyelowo, Zohran Mamdani, Executive Producer Tendo Nagena, and director Mira Nair about making this film, what they love about London, their travel essentials, and more. We shot two really fun videos capturing all of these moments:

Then it was off to the Corinthia Hotel for the epic after-party. Let’s just say the champagne flowed and the dancing continued into the night. All of the celebrities attended, and Lupita always had a group of at least twenty people surrounding her asking for photos. David posed for several pictures, and even had his adorable family in tow. Meanwhile, Zohran (who is also Mira Nair’s son) was having so much fun on the dance floor, that he practically begged the DJ for more music once the lights went up!

An aerial view of Blenheim Palace

The following morning, it was time for some much anticipated sight-seeing. And so it was off to Blenheim Palace, an iconic estate that was once a family residence of Winston Churchill. Numerous movies have been shot there including 007 Spectre, Mission Impossible: Impossible Rogue Nation, and Gulliver’s Travels. And the location has played host to Tom Cruise, Kate Winslet and Daniel Craig. Not to mention it was where the first UK-based Christian Dior fashion show was held in 1954. Chic! 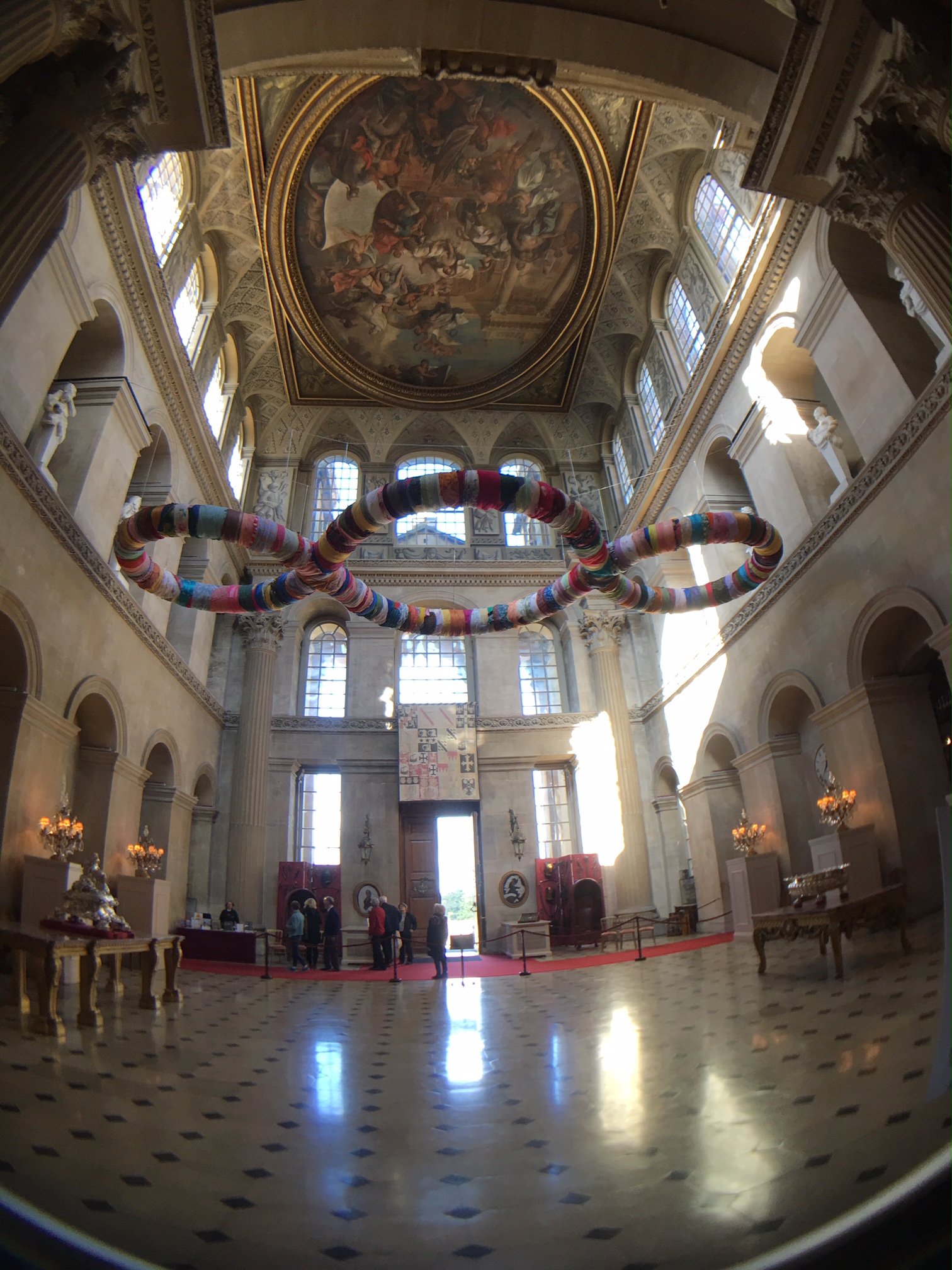 The interior of the foyer in Blenheim Palace

We had another tasty meal on-site at the Orangery restaurant. I opted for Scottish salmon on toast points, Gressingham duck 5 spice, minted new potatoes, and a bloody Mary for dessert! Because, why not? 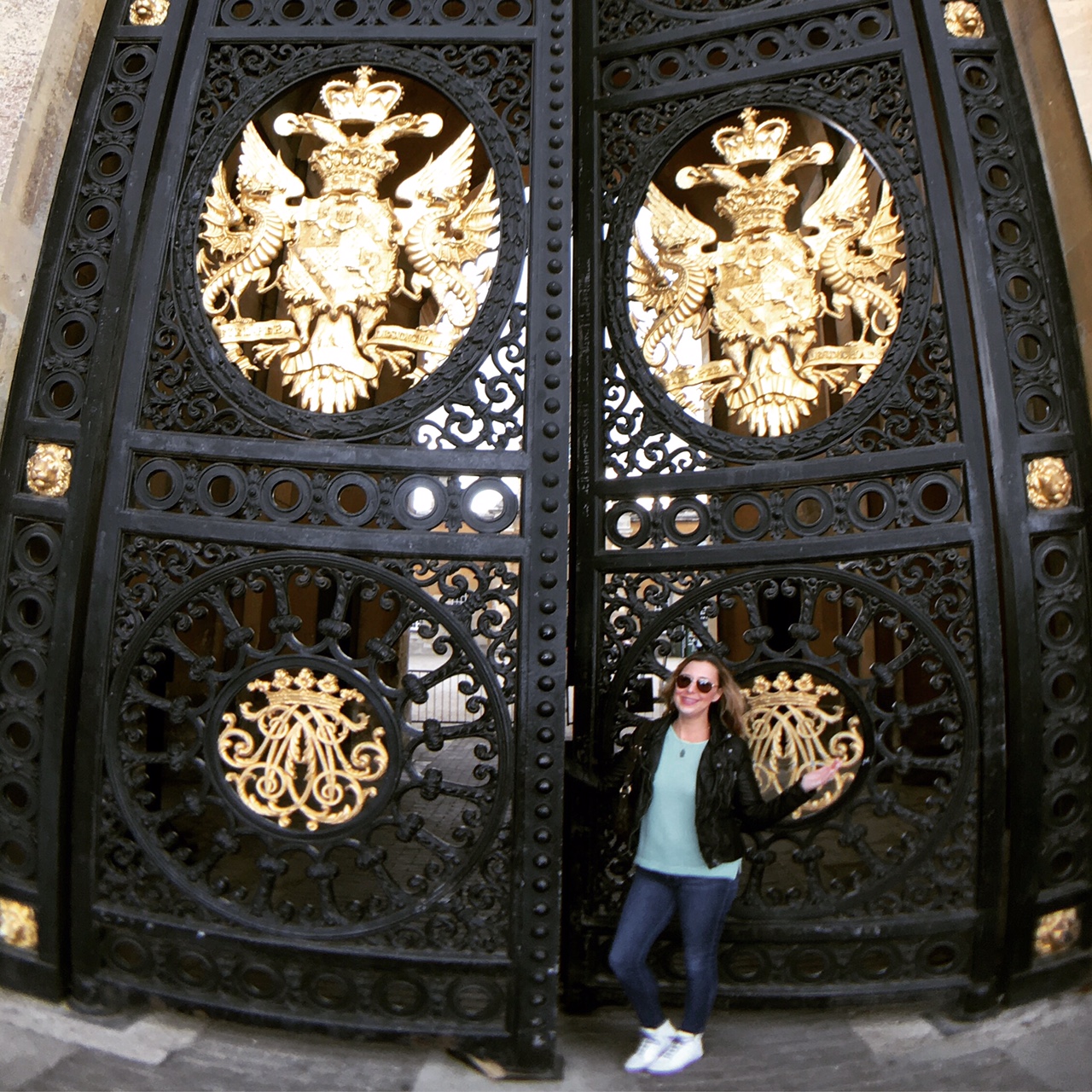 The front gates of Blenheim Palace

Once we left and got back to The Athenaeum, we had a wee bit of downtown, so I made my way over to Selfridge’s for a little last minute shop shop. After all, I really needed those quintessentially British pair of black equestrian boots. When in London…. 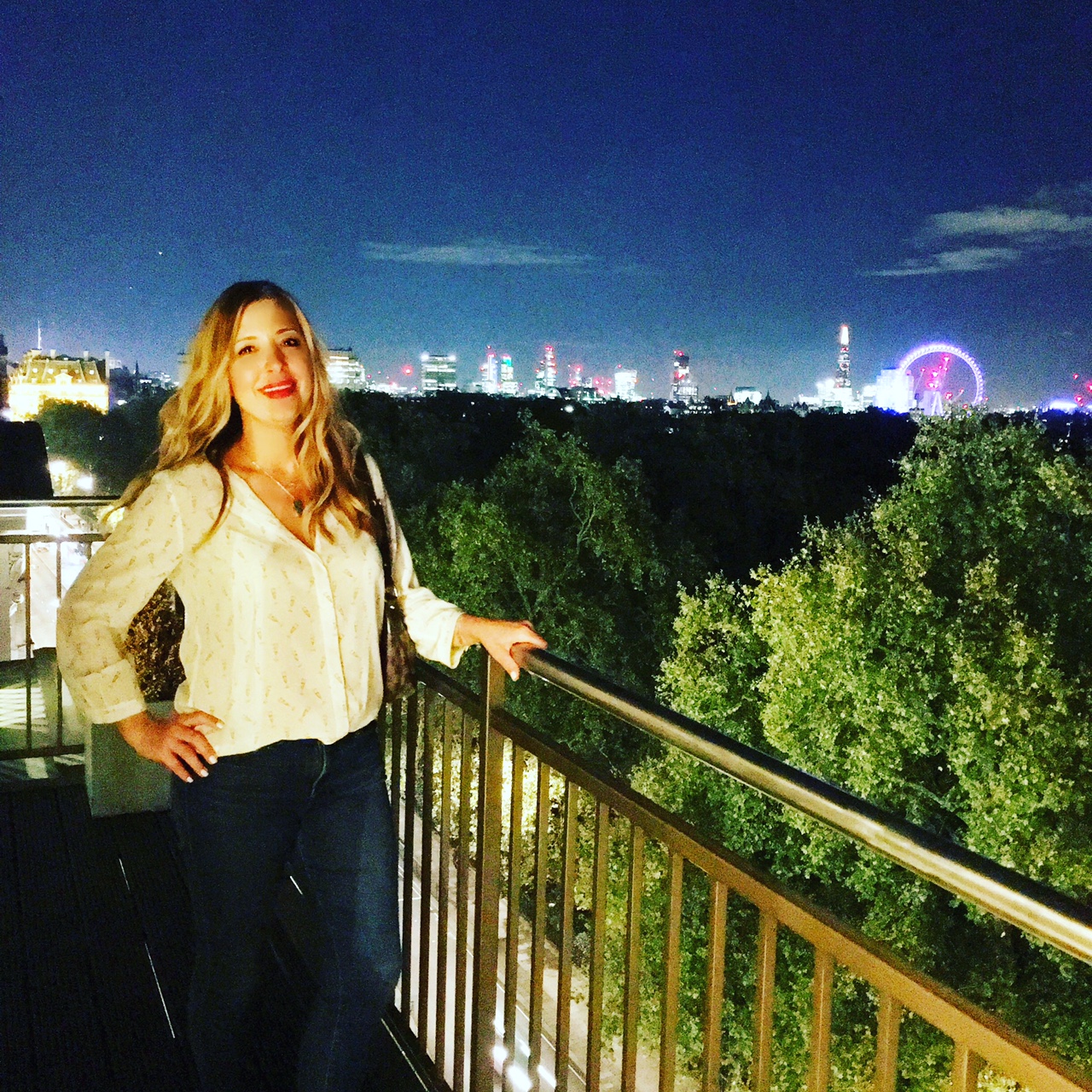 The view from the Athenaeum Penthouse Suite

That evening, we were able to fit in one of the most memorable meals of the trip at Galvin at The Athenaneum. But before I feasted, I was treated to a private tour of the three bedroom Penthouse suite, where the likes of Brad Pitt and the late Robin Williams have stayed. The room is grand, featuring a private dining area, Jacuzzi bathroom with TV, and the most stunning views of the London skyline. You can literally see everything from the London Eye to Buckingham Palace. 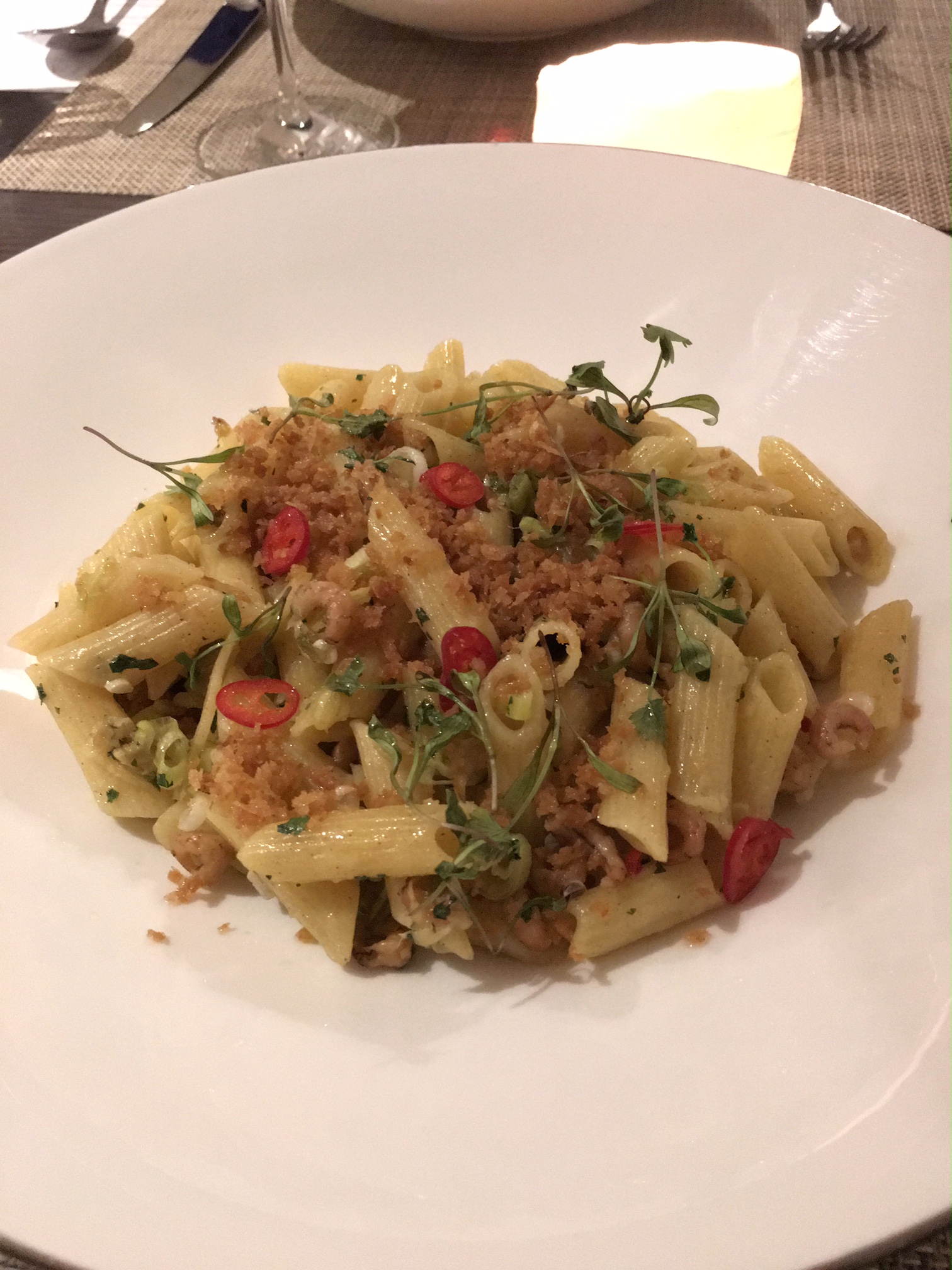 My entree at the Galvin restaurant

After heading back down to the restaurant, it was time to eat! First up, I devoured the mixed green salad with fresh truffles and truffle dressing. Need I say more? Truffles. It was delish. Next was the penne pasta with wild shrimp and coriander. It sounds strange and I was definitely skeptical. But the flavors worked well together. As if I needed anymore food, I still managed to make room for some sorbet. Because, dessert. 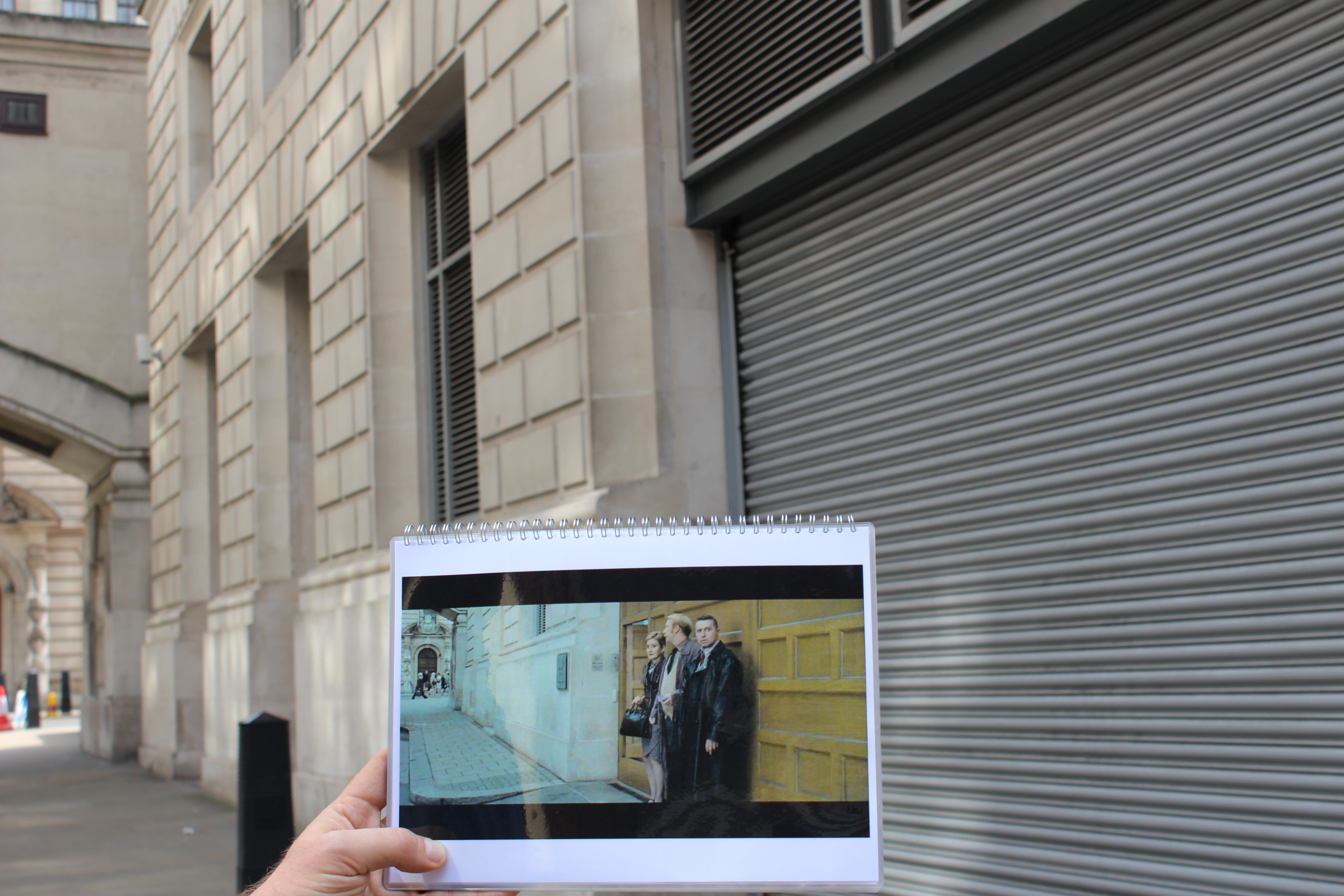 Outside the Ministry of Magic on the Harry Potter Tour

My final day (insert sad face) was quick yet enjoyable. The day started with breakfast in my room at the hotel while I tried to feverishly pack and check out. I missed the first part of the Brit Movie Tour around central London, but I came in just at the right time for Harry Potter! When I arrived, the guide was showing our press group buildings and streets where scenes from HP were shot, and the legendary Sherlock Holmes bar. We even got a clear view of the London Eye and Scotland Yard. 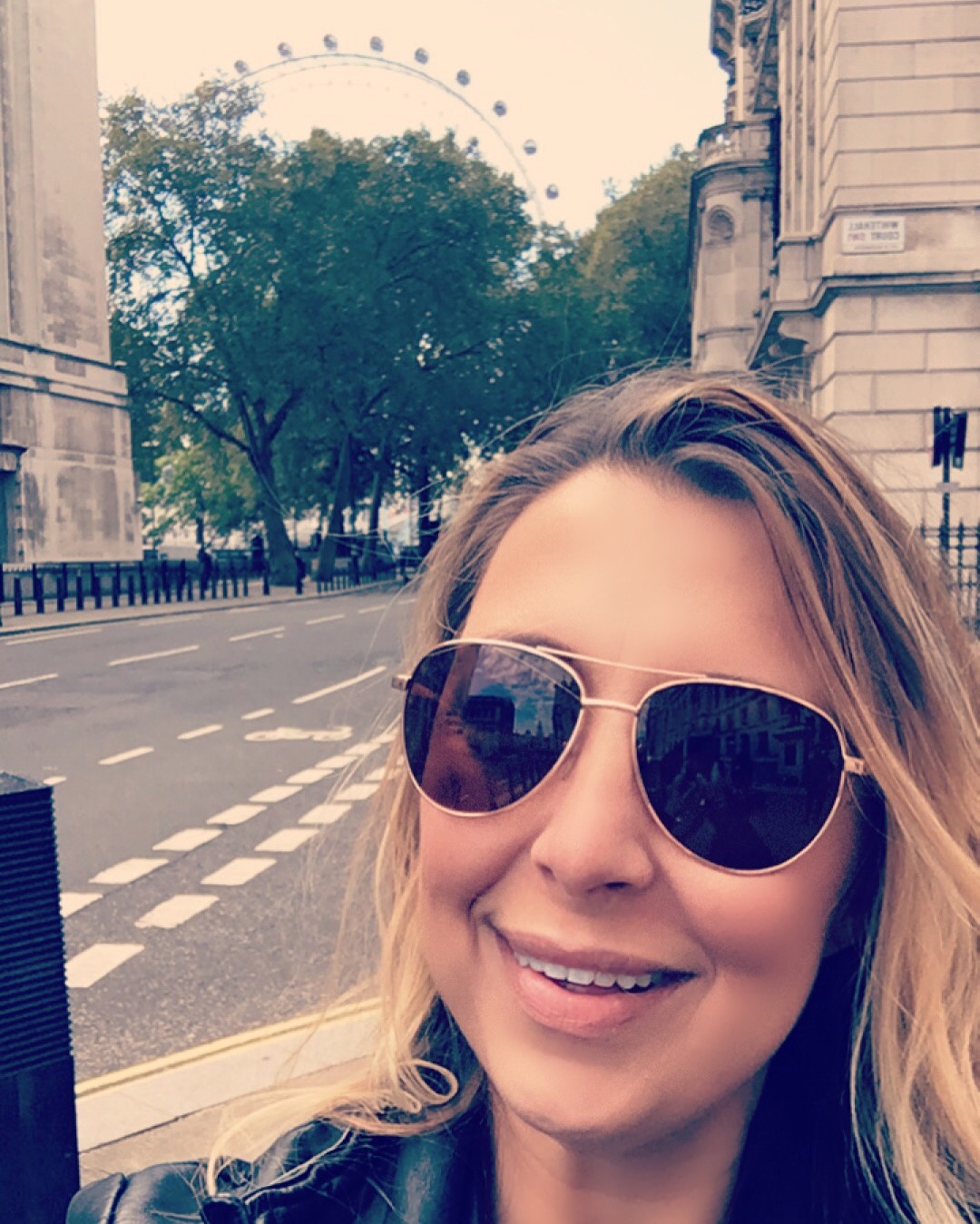 Sadly, it was then time to leave, but my disappointment with the end of the trip was softened by my time at the Virgin Atlantic LHR Clubhouse. This is VA’s flagship clubhouse location, and once you walk inside of it, you are transported to somewhere other than what feels like an airport lounge. The space is gorgeous, mod and sexy-all of the things you would expect from Sir Richard Branson. And the amenities are abundant. 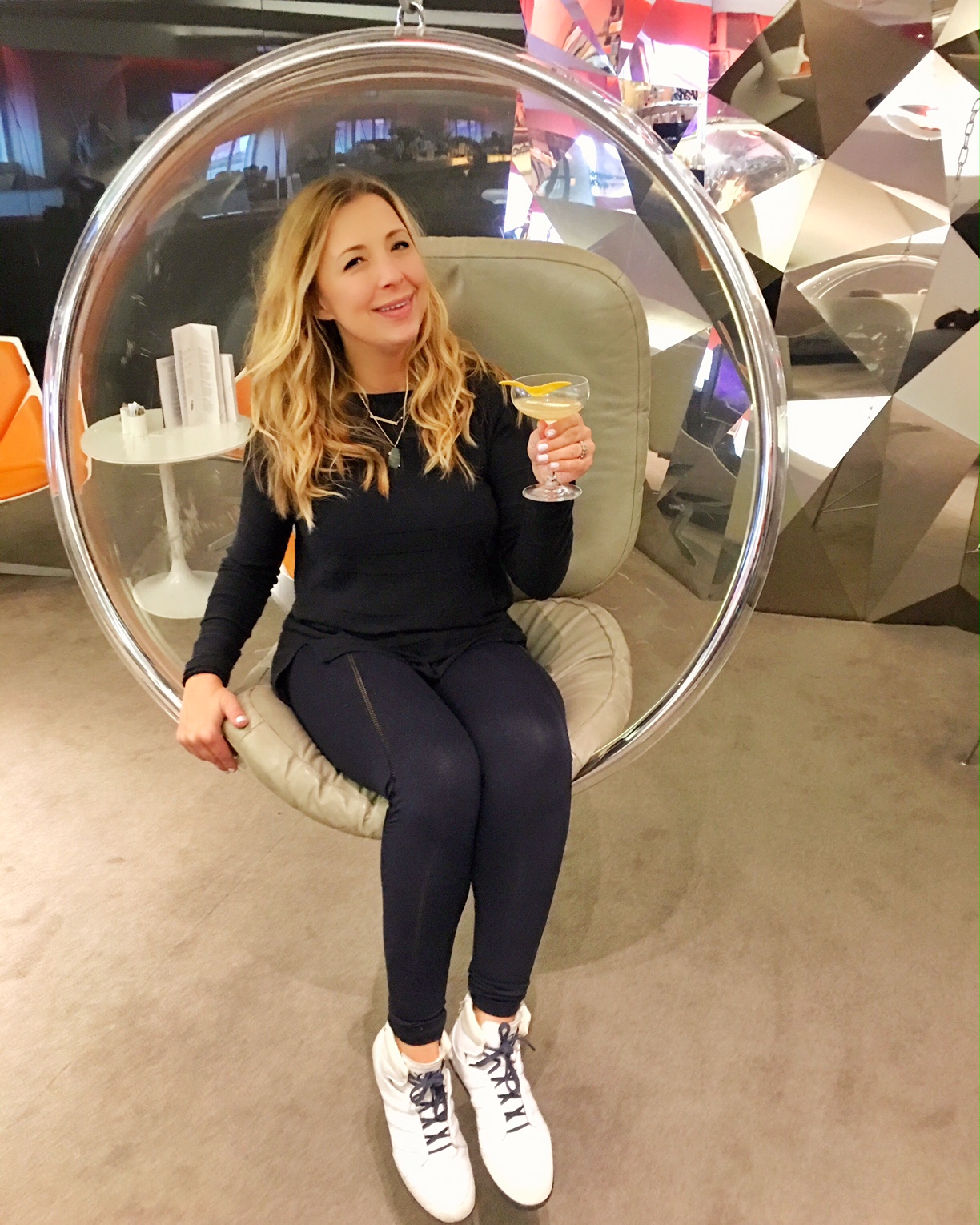 Relaxing in the LHR Clubhouse

I toured the Viewing Deck outside at the top to watch planes land and takeoff, before settling in with a signature Mexican Greyhound at the Dandelyan-inspired bar and a plethora of appetizers such as hummus and crudite, lettuce wraps, sliders and cheese sourced from local providers at their in-house deli.

But there was no time to waste, as I had a scheduled hydrating facial in the Clubhouse spa, which was just what I needed before boarding the ten hour flight back to Los Angeles. After my serum and eye cream were applied, and I felt sufficiently hydrated, it was off to the plane and onto Upper Class. 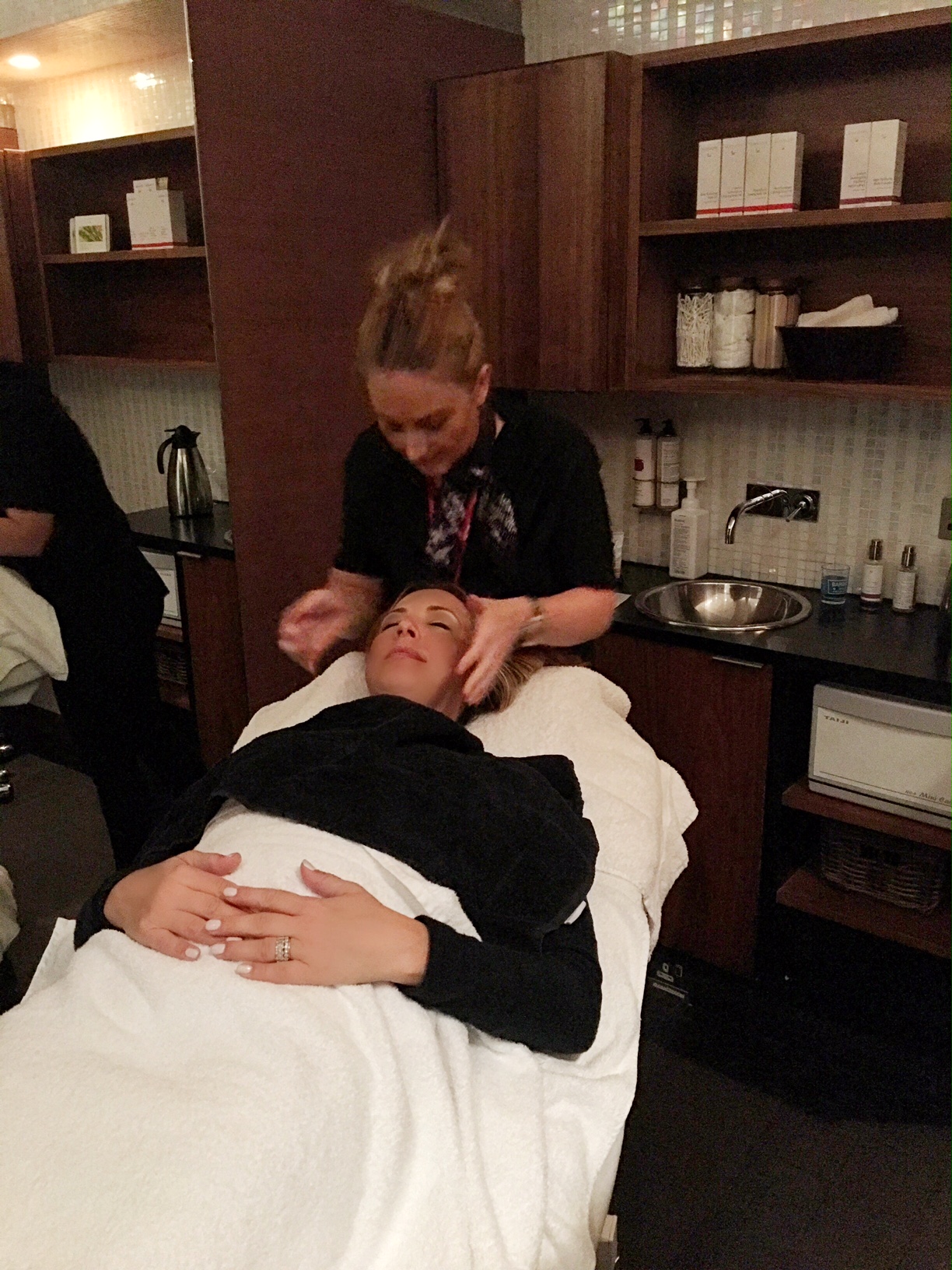 Getting a hydrating facial in the clubhouse spa before my flight

For the return trip home, I wasn’t particularly sleepy as we were flying mid-day. So I decided to utilize my time in the sky wisely and catch up on movies and TV shows. Which could be interpreted as work, given my occupation. So yes, I was working. And taking my pick from hundreds of titles. I chose to scare myself, laugh and then cry by watching The Night Of, The Meddler and Me Before You, in that order. Because I could. 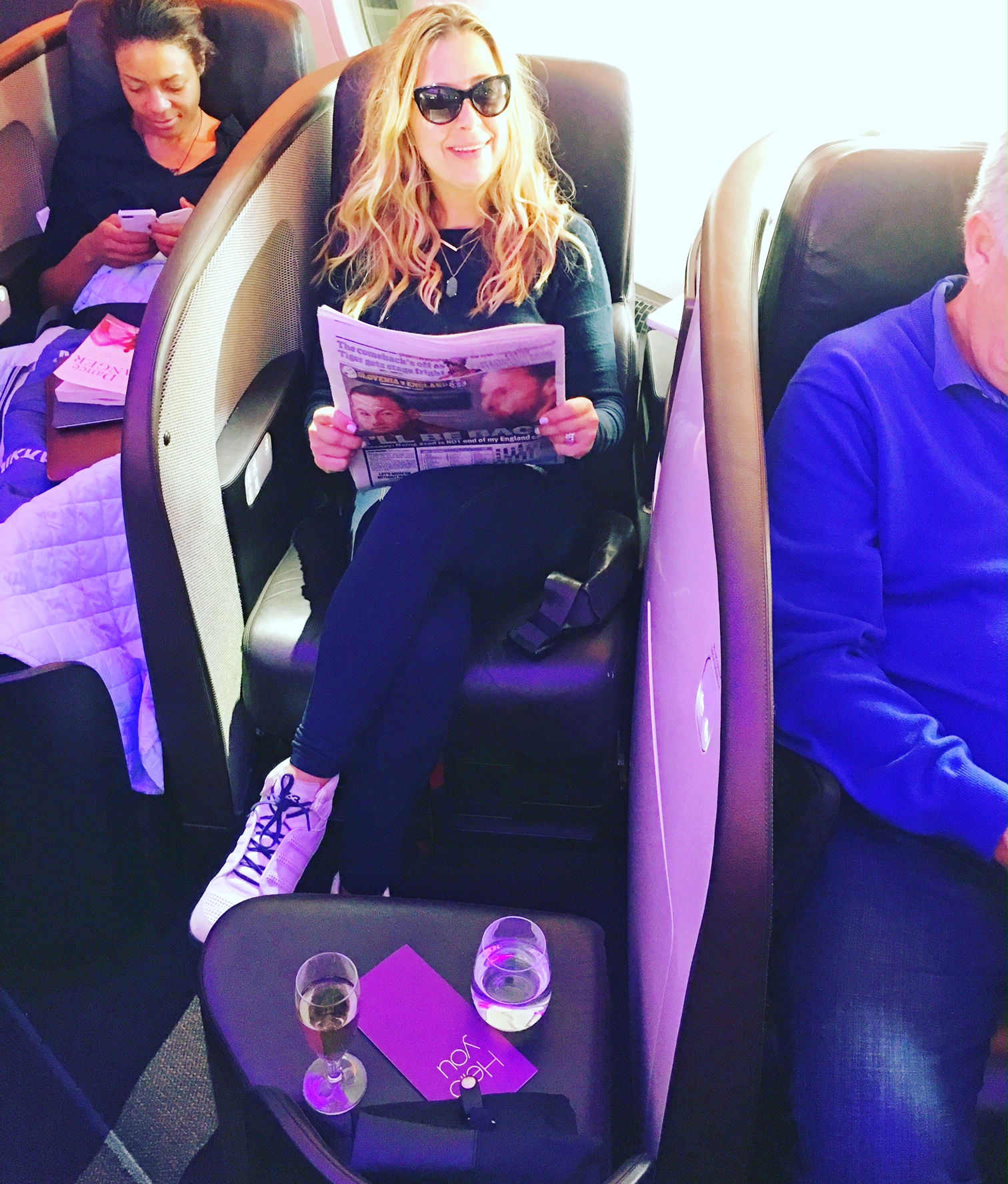 On board and ready to fly back to LA

And all the while I was never hungry as the flight attendants served up a hearty meal. This time I chose to go the vegetarian route and selected a veggie curry over basmati rice and a berry compote for dessert. What is great about this airlines is that there is a lighter Graze menu in Upper Class. So when I started to get hungry again about an hour outside of LA, I just rang my call button and ordered a soup + salad. So easy. 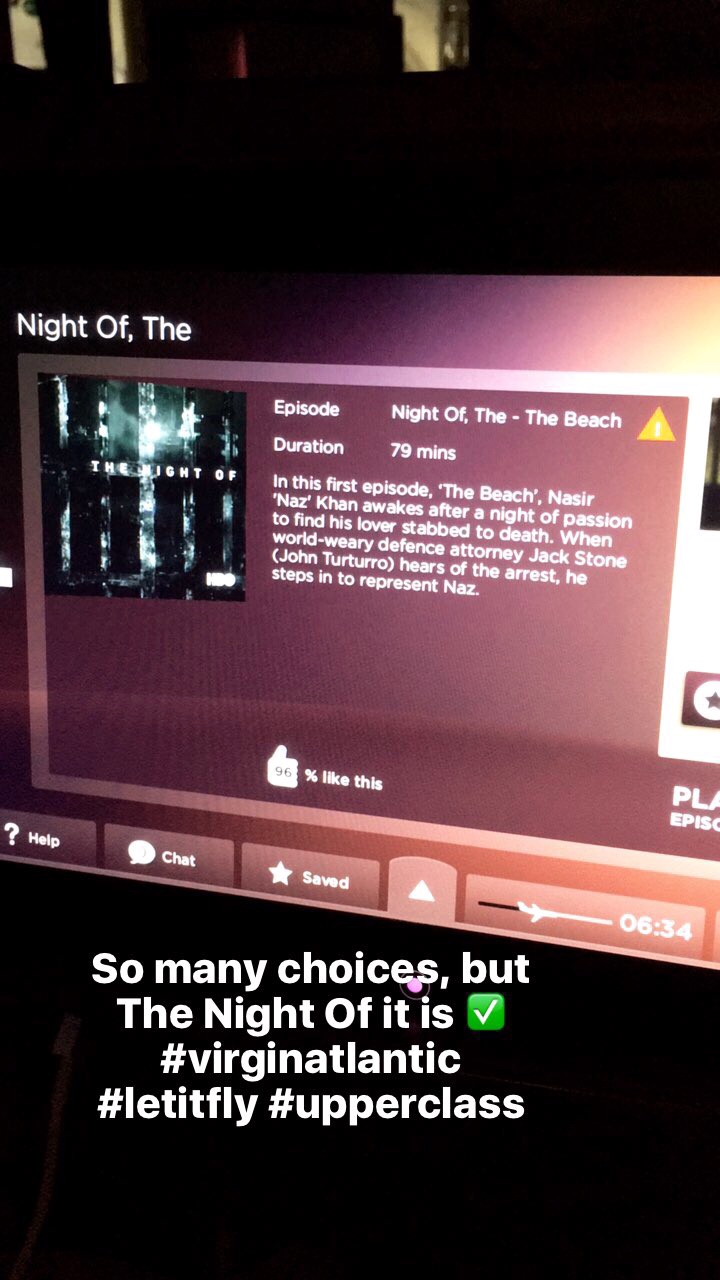 Finally, it was time to land. And strangely enough, I actually didn’t want the flight to end. It was that enjoyable and relaxing. And it was lovely to return to Britain and experience a little bit more of what this amazing country has to offer. No doubt, I will be back.

Virgin Atlantic provided all travel accommodations for my trip to London. All opinions and thoughts are my own.