Multiple sources are reporting that Diane Kruger and Norman Reedus are expecting their first child together. This would be the first baby for Kruger, and the second for Reedus, who already has an 18 year old son with his model ex-girlfriend, Helena Christiansen. 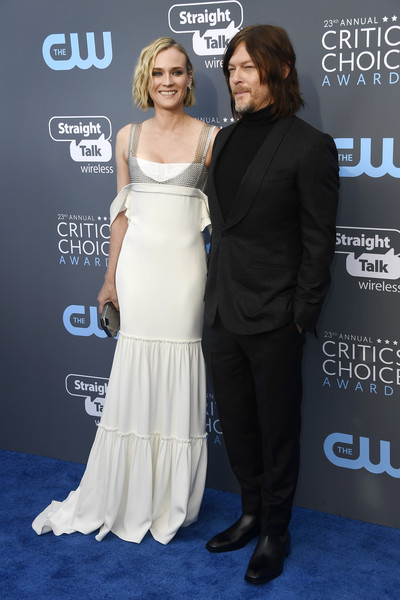 Page Six reported that Diane was “seen at events this year abstaining from alcohol and wearing billowing, less-than-revealing outfits to obscure the good news.” She has also been dropping some subtle hints on social media as well.

Earlier this month, she posted a black and white photo of herself on Instagram with the caption being the footprint emoji, which could signal a little one on the way.

And then today, Jeffrey Dean Morgan, Norman’s co-star on The Walking Dead, just posted a picture of Reedus cradling Dean’s own daughter with the caption, “Just found this… Uncle Norm and George on her 3rd day birthday.” Could he be confirming the baby news perhaps?

Of course, this baby news hasn’t been 100% confirmed yet. But if the news is in fact true, congrats to these two!