The Hollywood Film Awards is one of those rare awards shows where the honorees and presenters let it all hang out, in part, because it isn’t televised. At least not yet. But that is all about to change. As of 2014, the program will be recorded for TV, so many of those off-the-cuff, curse word filled speeches will no longer be. So that is why I was thrilled to be a part of it last night, before the censors get their way! Not to mention, it’s the official kick-off to Hollywood awards season. 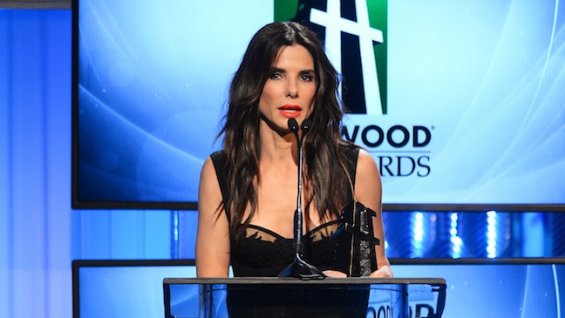 Between Jane Fonda ascertaining that working with director Lee Daniels was “fucking terrifying” to Julia Roberts dropping the F-bomb after Sean Penn gave her an introduction like no other, the stars were not holding back. Penn stated that he wanted to create a 3D movie of Julia eating corn on the cob because she is that captivating, even while grubbing.

And when Matthew McConaughey accepted the award for Hollywood Actor for Dallas Buyers Club, it was his wife, Camilla Alves, who told him to “sac up” and make the movie. To which Sandra Bullock continued the “sac joke” when she took the stage for her acceptance speech for the Hollywood Actress Award. And in true Sandy B. fashion, she pointedly asked Harvey Weinstein to hire her for a film because, if not for anything else, she was wearing his wife Georgina Chapman’s sexy Marchesa creation! 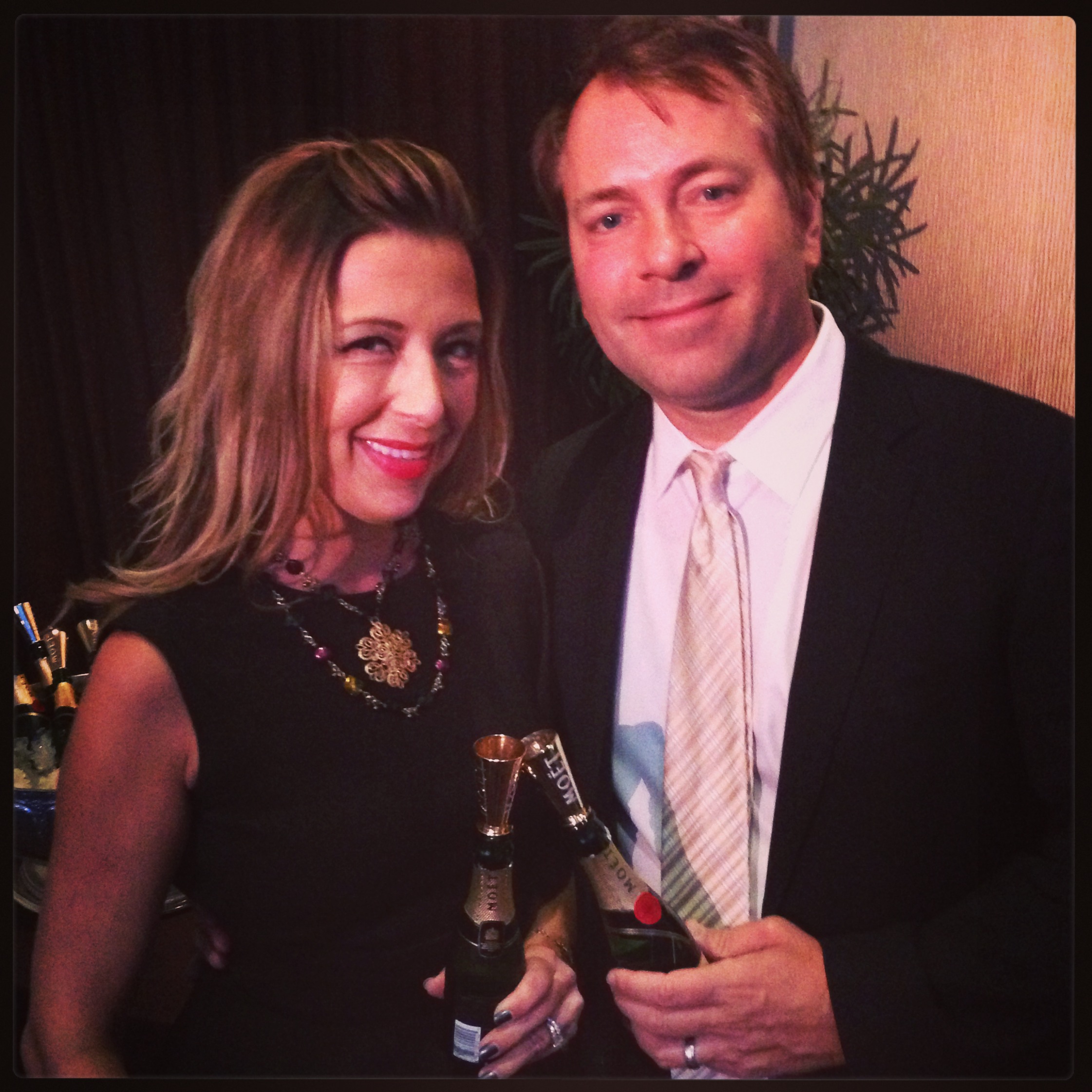 Fresh off of the heels of his marriage proposal to baby mama Kim Kardashian, Kanye West made a surprise appearance to bestow Steve McQueen with the Hollywood Breakout Director Award. Hollywood Breakout Performance winner Jared Leto, after being jokingly introduced by Robert Downey Jr. as one of the most beautiful actresses of his generation, mused to the audience that this was the first time he had won anything for his acting abilities-41 years in the making. And another musician, Chris Martin from Coldplay, had the room silent with his first public performance of “Atlas” his song from the upcoming soundtrack for Hunger Games: Catching Fire. But I think the line of the night went to mega-producer and Hollywood Legend Award winner Jerry Weintraub who promised the party-goers, “I’m not gonna talk long ’cause I want a vodka.” A man after my own heart!